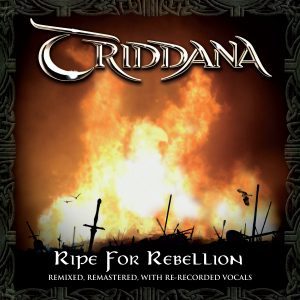 Having the opportunity to listen to this album again from a different perspective is a wonderful experience. Is getting excited again by the melodies so musically rich. Even since 2012, the album had great quality, the lyrics are very easy to understand in both versions, which is a plus for non-native English speakers -like me- what may help with a positive reception by the audience despite each one birthplace having in mind the Argentinian origin of the band.
Due to the new re-recording of the voice (like mixing and mastering) the sound is not the same as in 2012, but this change is a total upgrade. The voice is so clear and powerful that I must confess that the first time I heard it years ago I immediately associated it with Ronnie James Dio. In essence, the difference is the quality of the audio, which with the passage of time is based on a better technology, used by the band to bring us this excellent work again.

For me, this re-release and its predecessor, are a very good example of the synergy of the instruments -voice included- for a band. Each individual sound combines majestically. The bagpipes and whistles stand out in a wonderful way in Triddana and give us much of their power-metal style so well worked first in Skiltron and then with their own voice, and highlighting in recent albums and in the band beginning (speaking both historically and of their first demo).

The alignment of the band changed from that first version, but being a re-mix and re-mastering there are no significant changes. Likewise, we have already heard the band in more recent works which attest to the fact that they continue with such good work, making possible a side by side comparison made with very similar technology from their first and their most recent album. In some songs, the re-recording of the voice and the new mixing and mastering is more remarkable. Now its quality stands out more.

And finally, the songs are the same and only vary in total by 1 second, and it seems that there are just little changes in the art of the album since its release in 2012. In general a good record of folk metal that comes from South America with a sound that has nothing to envy to great European bands.