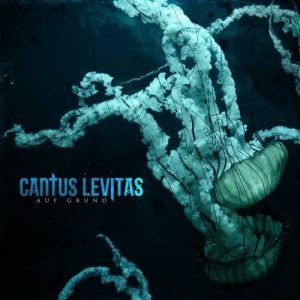 Being a new band for me, Cantus Levitas happily surprised me with melodic changes, a proper musical cadence, and simple but powerful riffs; characteristics very well appreciated in folk metal music. After listening to this whole album is noticeable that they have been working on their sound for more than 10 years, that and the well-developed album production is for me is an opportunity to know a new sound of quality.

The voice is powerful and does not need the growl to denote strength in its lyrics, perceptible for me in songs like “Sieben Meere”. In the sound of the band, its medieval style is easily identified, an aspect that for those who like folk with European denotations they will find a familiar sound accompanied by choirs that help with the sound strength.

The folk instruments in each of their interventions do not somber other instruments and give the necessary deliver to also have their own outstanding moments, which is appreciated as a lover of Folk-Metal. Even so, some songs are more inclined towards a medieval style with well-executed accompaniments of these non-folk instruments, moving away from the metal, while the base in others is more of some of the metal variants.

For the second full length of this German band, I feel that more choirs could have been added, but it has been well countervailed with great riffs and very medieval melodies. ‘Auf grung’ is for me a disc to be serenely enjoyed, but that left me wanting more in terms of metal deliver. Very good folk sound.