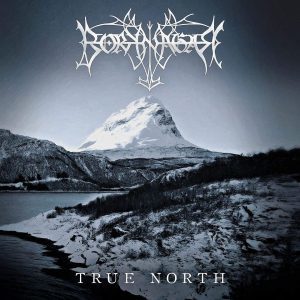 Where to start with a new Borknagar release? Let’s face it, the band have rarely put a foot wrong in their near 25-year career and are one of the finest examples of the Progressive Folk / Black Metal genre that you’ll find, but then you know all this already, right? I think the first thing that needs to be addressed before I go on is the departure of long-time members, vocalist Andreas “Vintersorg” Hedlund, stalwart guitarist Jens F. Ryland and drummer Baard Kolstad. As a fan of the band since way back in the mists of time, I won’t pretend that I wasn’t concerned about the effect this would have on the overall sound of the band. I needn’t have worried though as the remaining members, along with the new arrivals have more than risen to the occasion and have even managed to surpass my expectations. I think the biggest worry for me, and I assume for many fans, was how the new songs would work without the vocal input of Vintersorg. One of the things that lifted Borknagar head and shoulders above their peers was the three-way vocal partnership of Vintersorg, ICS Vortex and Lars Nedland. Obviously, the loss of Vintersorg has left a notable void in the vocal harmonies on the album, but it has to be said that both ICS Vortex and Lars Nedland have really stepped up to the challenge and ICS Vortex in particular has delivered the performance of his career. The only small gripe is that, as both men have very distinct singing styles, it’s hard to shake the feeling that the songs sometimes feel like they could have been lifted from an album by either Solefald or Arcturus.

The most notable thing about True North for me though is the subtle shift in style which has seen the band’s sound change from being predominantly Black Metal with Progressive Folk elements to being predominantly Progressive Metal with Folk and Black Metal elements, if that makes any sense at all? Long-time fans needn’t worry though as the familiar Borknagar sound is still intact, albeit with more clean vocals and, dare I say it, a more commercial feel. True North could well be the most well-rounded and complete album that Borknagar have ever put their name to. The juxtaposition between the harsh Metal and the softer Folk melodies is even more pronounced than ever before, aided by the clever and sparing, yet effectful use of strings and keyboards, with Wild Father’s Heart and Voices in particular being perhaps the closest that Borknagar have ever come to being “radio-friendly”, especially the latter which is oddly reminiscent of Jethro Tull (yes, really).

I could gush on for another couple of paragraphs and bore you with a song by song breakdown, but I won’t. The truth is that I want you to discover and explore this gem for yourselves. I’d recommend listening to True North as a whole, but if you want to listen to a couple of songs to get a feel for it, I’d recommend Up North, Thunderous and The Fire That Burns. While no album is truly faultless, I’m finding it difficult not to find anything bad to say about this sublimely beautiful piece of work.