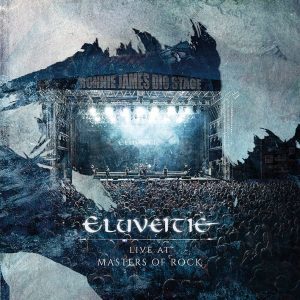 Eluveitie had undergone a musical transition following the departure of a wave of members from their previous lineup (including guitarist Ivo Hanzel, drummer Merlin Slutter, and the iconic Anna Murphy). Bringing new faces Eluveitie went on to release Evocation II: Pantheon which is more of a reconstructed Celtic Neopagan Liturgy than a Metal album. However following a period of arguable inactivity and frontman Chrigel Glanzman’s rout with cancer the aptly named “Rebirth” single was released. And just like that Eluveitie had returned to their melodeath roots with their previous album Antegnatos. Perhaps because of the surge of creativity that no doubt possessed them, the band released a second album recorded live at Masters of Rock 2019.

Before discussing the music itself I want to take a moment to praise the ambition and production values of this release as a live album. Many critics of live albums have suggested that these releases frequently lack clear purpose (other than making money), unless the album is a commemorative effort. Taking a cursory look at the track list for Eluveitie’s Live at Masters of Rock shows that aside from their signature songs, the only real songs off their early material on the album are “Havoc” and “Thousandfold”. All the other tracks are taken from their second Evocation album or the triumphant Antegnatos. Therefore, Live at Masters of Rock can be seen as a celebration of the new lineup and the new chapter of Eluveitie’s career, (in addition to dispelling any remaining stigma surrounding Evocation II circling amongst purists). The energy of the band and the passion of the fans truly speaks volumes about their dedication to the music, with the fans audibly singing along to the more folksy songs like “Artio” and “Epona”, which was high points of Fabienne’s vocal performance.

Now for the rest of the music: Passion and energy notwithstanding there are some performance qualities on this album that are somewhat lacking. Firstly, Chrigel’s vocals are much less sustained and feel almost staccato compared to the drawn out growls on the studio albums. While mentioning the vocals an entire paragraph can be written regarding Fabienne’s performance on Anna Murphy-era songs like “Call of the Mountains” and “A Rose for Epona”. She just sounds wrong, and with “The Call of the Mountains” this seems due more to her specific vocal style than any problem with technique. Compare the vocal delivery of “The Sky is falling on me, as your hand is turning old and weak” on the latter song between versions to see the discrepancy in the singers’ respective ranges. The other problem is that the acoustic guitars are inaudible and the electric guitars and bass lack kick unless the song is specifically driven by them on the studio albums. But for want of Folk music sensibilities and the charisma of the hurdy gurdy, the latter qualm will not be held against the album.

Lastly the production values are of note. If it weren’t for the quirks of the vocal delivery many of the songs with heavy production values sound almost like carbon copies of their original versions. Tracks off Antegnatos with their impressive editing are recreated here with the highest fidelity, and where the new tracks are concerned, listeners may sometimes forget they’re being treated to a live album.

Live at Masters of Rock stands its ground as a solid first live album and a definite testament to the recent endeavors of the band. With a more stable lineup and directly preceding release like Antegnatos the time was ripe to consolidate gains and venture into new horizons of media formats in the process. Since the production is so shiny and faithful to the studio releases, Live at Masters of Rock can even be seen as an unofficial best-of album for introducing fans to the newer releases of Eluveitie while giving them a taste of what the character of the musicians is like. Is the new live album essential? Perhaps as a “it’s their first live album” sort of thing surely. These songs are an excellent sampling of the band’s new and most popular songs.