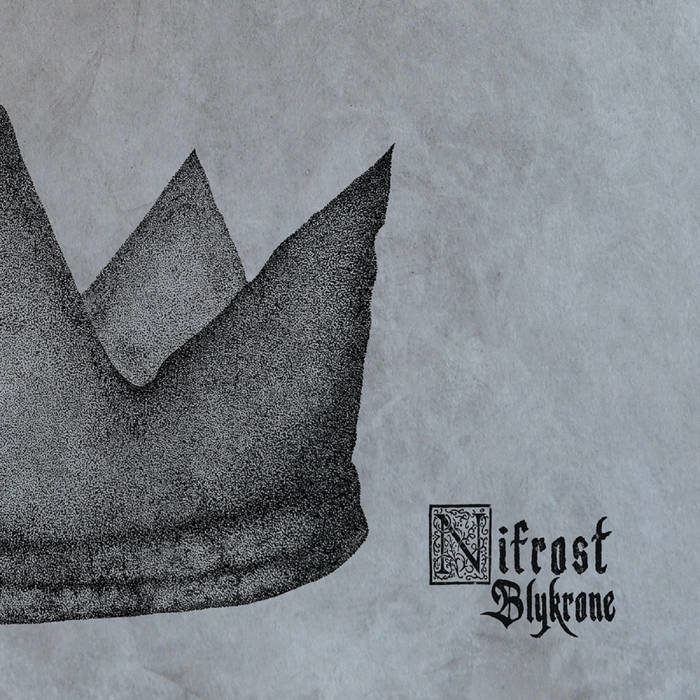 After almost 15 year in existence, the sophomore album from Norway’s Nifrost is upon us. Officially released on October 18th via Dusktone, “Blykrone” picks up right where they left off…and by that, I mean their debut album “Motvind” from 2016. If you have done some quick math, you see that they released their first album 11 years into their career and so 3 years in between 1st and 2nd is reasonable for sure. I was curious as to where they would be heading sound wise and if there would be any new wrinkles given one album under their belts. A resounding yes for sure in terms of a semi-new, more confident sound and still being heavier than a bag full of hammers. While I think there was definitely some connection to classic black metal acts of the past on “Motvind”, Nifrost is forging a new path with “Blykrone” (let’s go with “Black Crown” or “Lead Crown” as a translation based on the cover?). I think they definitely have a more contemporary overall and distinctive sound, reminding me a lot of King Of Asgard plus maybe some Cnoc An Tursa, Skalmold, Moonsorrow, Manegarm and Ereb Altor….not bad company at all. There are 10 tracks totaling approximately 42 minutes with a wide range of tracks lengths…..2 interlude pieces (“Prosesjon” and “Arr”) are both under a minute to the almost 9 minute album closer “Klander”. After listening a few times, the tracks become more and more intrenched in your memory and it is not just one particular aspect….certain tracks it is the main riff, others the vocal line, still others potentially it may be the augmenting keys or choral/interlude vocals. The lyrics are in Norwegian (presumably) and vocals are of the grim variety but with nice triumphant soaring choral vocals. The tempos are not over the top in terms of the speed which makes for a more groove-oriented sound overall. The riffs are plentiful and thick with energy and pretty accessible for a heavier than average album. Highlights for me were definitely the grouping of the 3 3 minute tracks on here (”Daudsvon”, “Gamling” and “Kongestol”) leading into “Klander”. While I think all of their track lengths work, these 3 were the most impactful as there is not as much to remember, making them easier to digest sonically. I am a big fan of the overall sound with a lively drum sound, an ethereal choral vocal quality with a nice bite to the guitar, bass and main vocals. While I don’t think this is a stratospheric leap forward for Nifrost, it definitely shows some newer ideas and more confidence and identifiability in forging their sound. Good album.