↓
Home→news→Serpentyne releases ‘Angels of the Night’ 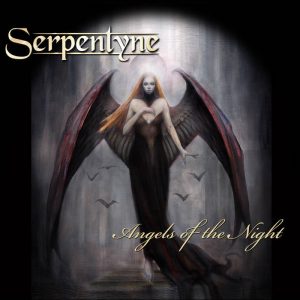 Serpentyne will release their fourth full length album “Angels of the Night” today.

‘Angel of the Night’ is a video of a track of thuis new album, which can be pre-ordered already.

About Serpentyne:
Serpentyne was formed in London in 2010 by founder members Maggiebeth Sand and Mark Powell, inspired by a combination of Celtic, folk, and symphonic metal styles. After the release of two albums, based on medieval music themes, the third album “The Serpent’s Kiss” was released in 2016, featuring mythic & medieval themes as before, but heading towards a heavier rock and metal sound.
Serpentyne has been playing extensively around the UK and mainland Europe during the last 8 years. Most recently the band joined Tarja Turunen during the Ukraine and Belarus leg of her tour.
Serpentyne combine a unique mix of symphonic and folk metal styles, with themed songs about historical figures and legends, such as Boudicca, The Valkyries, Helen Of Troy, Jeanne d’ Arc, and The Dark Queen.