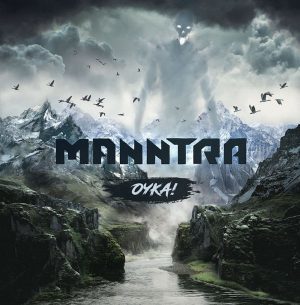 Listening to Oyka! there is no escaping the obvious fact that Manntra take their influences from the likes of Eluveitie, Morgenstern Alkonost and even System of a Down, but they meld them expertly together and then shine them through the figurative prism of their Central European homeland’s musical culture. While they are unlikely to win any originality contests (not that there is such a thing), they have nevertheless managed to craft a strong collection of songs, many of which are both immediate and very catchy indeed.  Manntra are one to watch and if given the right exposure and / or opportunities have the potential to garner quite a considerable following. My only small gripe is that the vocals are sung, for the most part, in simplistic and heavily accented English, which detracts a little from the overall impact. I completely understand that English is the band’s second language and I’m not knocking them for wanting to attract an international fanbase, but personally I think that the songs would have sounded better (if admittedly less catchy) if they were sung in their native tongue. Incidentally, I came across them as the opening band for German Industrial pioneers / legends, Die Krupps and despite not being an obvious fit, stylistically, they easily won over the early arrivals to the show. I think that speaks volumes for the quality of the songs, and I’m sure that they earn at least a handful of new fans every night of the tour.

Recommended tracks for those new to the band, which I suspect is most of you, are Oyka!, In The Shadows, Yelena and Fire in the Sky.

To summarise, while Oyka! does have its flaws, on the whole it is a commendable release and it is certainly one of the better Folk Metal albums of 2019