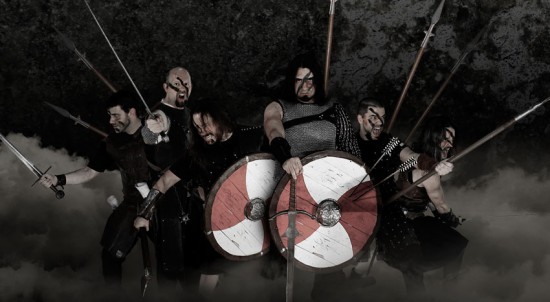 Gwydion is a Folk Viking Metal band from Portugal, the most renowned band in their country for their genre, with more than 25 years of experience in the Metal scene.
This six pieced combo was formed back in 1995. Their music combines epic melodies and harmonies with extraordinary choirs and raging vocals, combining the best part of the Viking culture and the Metal music genre. Check it yourself in the latest lyric video for the track Thirteen Days.

In the words of the band:
“We are extremely proud to be part of the AGR family. It’s great to have such big support behind our band and vision. Our army is now stronger than ever and so will be the next album. Get ready for something so epic you won’t believe your ears…we are coming back, so get ready Beerzerkers raise your horns for our fifth album !”

After releasing four albums of studio: “Ynys Mon” (2008), “Horn Triskelion” (2010), “Veteran” (2013) and “Thirteen” (2018), touring along with Tyr, Hollenthon, Alestorm and Svartstot, the band will release their fifth album through Art Gates Records worldwide in November 2020.