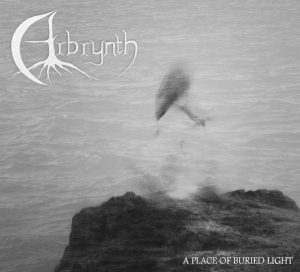 I would like to think I am pretty familiar with a good number of folk metal related acts from Australia. When I saw a new release from Arbrynth from Melbourne, the name didn’t ring any bells. Doing some research, I see a debut from 2011 which we reviewed and nothing since until now.  After 9 years of seeming inactivity (at least recording wise) , a sophomore album entitled “A Place Of Buried Light” is set for an independent release on February 3rd. The new album will contain 7 tracks totaling 49 minutes so a robust 7 minutes per (instrumental track “The Calling” is only 1:48 which bumps the average up of the others). Our review was pretty harsh of the self-titled debut so I took a quick listen and can totally understand the lackluster response to it…..the whole release seemed rudderless and lacked focus/direction. How about the new album 9 years later? At first listen I was beginning to fear more of the same but over time it really grew on me and I have a much more favorable review in store. This is not one of those albums that immediately jumps out and is instantly accessible but becomes absorbed over repeated listens. Categorically, they don’t fit into one neat space which I think does hurt…..maybe dark folk? If I had to pick some bands similar to me, I would say Amiensus, Agalloch, Noire and Lysithea were 4 bands I could connect to Arbrynth. They are pretty straightforward vocals, guitar, bass and drums with mostly slower to mid-paced tracks of layered instrumentation, vocals and subtle orchestration at times. The tracks are not overly complicated, and I feel meant more to create a mood rather than impress with musical gymnastics. While I like this approach, it can be one dimensional and tend to lull one into a reason to turn to something else and so perseverance is a must here. I sometimes switch from listening at home/computer and take an album in the car with me and this really worked on a drive with this as the soundtrack. It is one you can drift away into. No really particular stand out tracks for me as they are all on par with one another. The overall sound left me perplexed at times with some equalization helping I think to take away a little of the rough edges especially in some guitar and percussion aspects. While not getting into any extremes, “A Place Of Buried Light” is a decent 2nd effort and one that given a few listens will become an enjoyable backdrop to whatever you are doing.