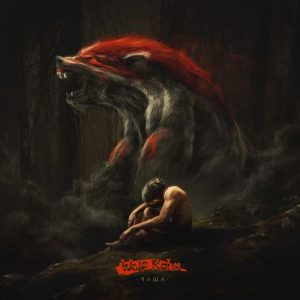 Wolf Rahm’s latest album, Thicket, is interesting, to say the least. Like quite a few Folk Metal bands they don’t seem to take themselves seriously. Considering their sound lightheartedness may be for the best. In fact had they not undertaken darker music on their album the rating would have been much higher. From a certain point of view, one might argue that the emotional range between songs adds something of value, but it is not hard to see why the opposite is true in this case.

First, let me give credit where it is due. As I may have mentioned in other reviews, one complaint I hear about Metal from friends or relatives who aren’t fans of the genre, is that the songs all sound alike. With Thistle this accusation can never be made. There is just that much difference between songs. It must be said that even if the same elements are recycled the songs themselves do not follow the same formula. The other great accomplishment of Wolf Rahm on this album is defining their own sound.

It may sound obvious to praise them for originality, but they could very easily have been just another Finntroll clone. Everything on Thicket is that same infectious strain of Folk Metal with the Europower sounding keyboards driving the melodies, the bouncy rhythm, and the liberal use of ambient sound effects. But how has Wolf Rahm managed to avoid sounding like a Finntroll copycat? Well, not in the obvious way of doing something original with the music. More than that, the band has actually changed the style bringing in the galloping guitars typical of Maiden, leads on violins, and even what sounds like a Xylophone intro on the third track. Now considering that there were some noticeable NWOBHM influences in both the guitar and drumming patterns, there can therefore also be similar drawbacks, such as the monotonous riffing on the guitars and the fact that sometimes they are barely audible. As a result, while they executed their original spin on Finndrôle they end up feeling a lot like a Power Metal band. In addition, I think it only fair to say that even bands that borrow many, or the majority, of their elements from the Finnish Folk Metal giants can still have originality in their own way (Svartby, also from Russia exemplifies this sentiment).

As to their more serious songs, most of them are actually quite stirring and well executed. Giving listeners the first weighty song as the second track overall made the change in tone feel less out-of-the-blue. That being said, when the first thing you hear on an album is a burp and the last thing is the ethereal closing of a song about death and disease the dissonance is quite striking.Thistle might have been a lot better if the album had chosen between the lighthearted and sombre themes. As it stands now the album isn’t bad and worth a listen by both fans and Metalheads in general (excluding genre-purists). Since there is a very real chance this album will grow on me I’ve given the album another half-point, mostly because on a third listen the good will be more apparent.