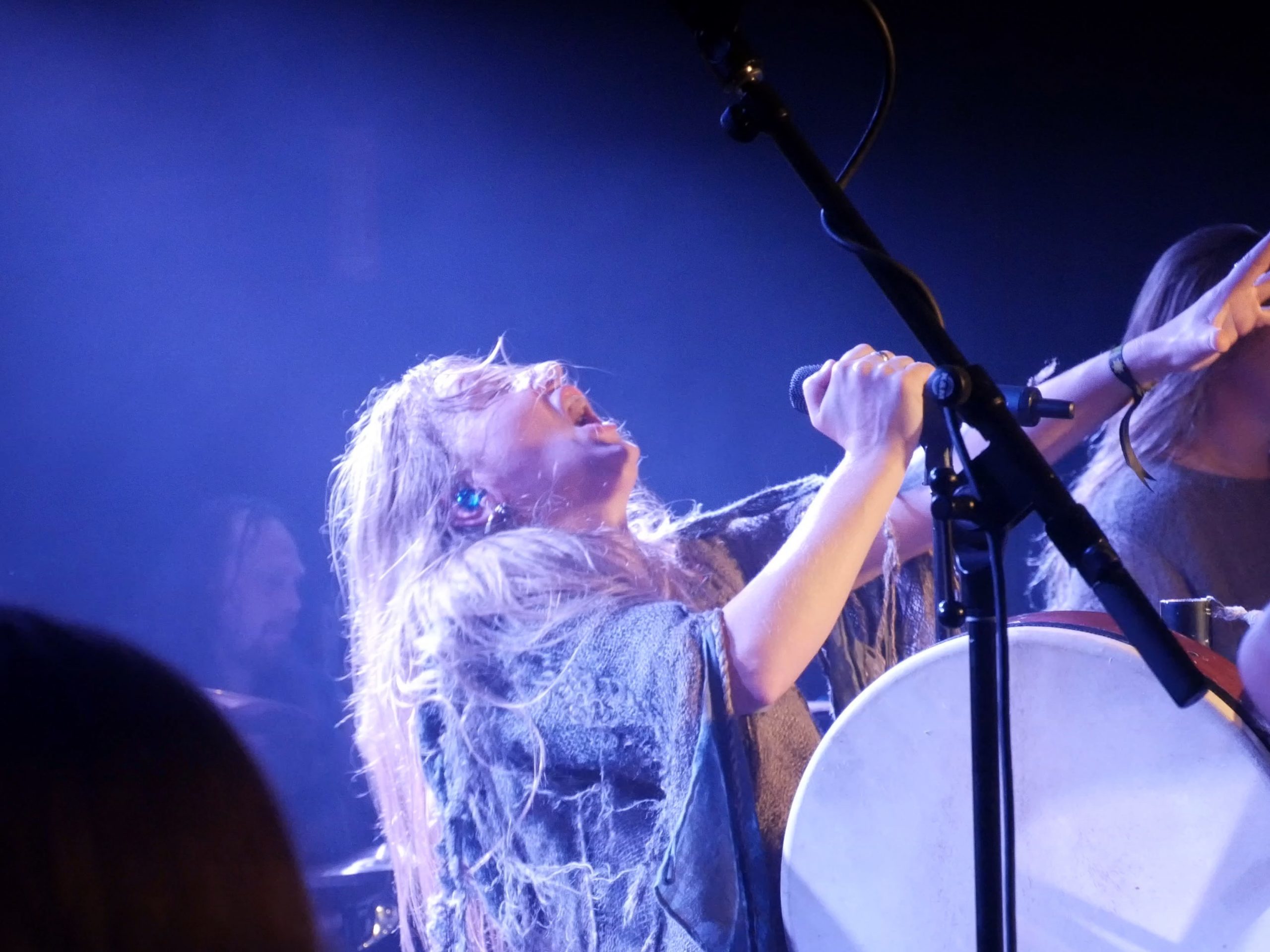 It’s the end of summer in Québec Citythe temperature has finally fell a bit and it’s time for Arkona’s show on Thursday 29th of August in the famous Anti-Bar (https://lanti.ca/). I leave work early to prepare for the show. The place is really nice and intimate in the center of Saint-Roch quarters and suits us well as we live around the corner. The scene is quite small and the stage is not much higher than the public.

We’re a bit disappointed that Wind Rose had to cancel their tour ’cause we were looking forward to see them as well. It would have been our first time…​

As always, we arrive at the end of the first band, sorry for that… Arkona members are taking a bit of fresh air in the street and taking photos with their fans.​

Touring with Arkona, Metsatöll is getting ready. It’s already hot when we enter the bar. The band does surprise us with energic show. Some fans are very excited to see them and even thought the crowd is small, they do enjoy and so do we. It’s a nice discovery, live, for us.

After the show we all need a drink and a bit of fresh air. Metsatöll has a merch stand and we meet there a fan of theirs with Estonian flag and origins. She’s really excited to see the band and tells us a bit about them.

Quickly Arkona is up. The light dims, the audience screams, and hooded Masha appears, preparing to jam her enormous hand-made drum. It’s been a while that she has abandoned the fur and took up torn hood. The rest of the band joins her and it’s on! Quickly the audience get into the mood as Arkona launches the first song Zakliatie. The sound is fine only very loud as we’re standing just next to the speakers. The bar has a capacity of around 170 people and from our spot it feels full ‘cause we’re standing at a reach from the stage. There is not much chance to get a beer from the other side of the room… The crowd is less animated through the middle of the show while the band plays few songs from latest album. To get them back on the tracks, Arkona follows with Goi, Rode, Goi! And of course it works! It couldn’t be otherwise. Stenka na stenku launches the fans to frenetic dance and other well known dynamic songs follow. It’s difficult to keep track of them, especially as their names are foreign to us. But as always, the end of the show comes too soon.

Wow, what a great concert! Masha and the others nailed it! We surely enjoyed every minute of it as we always do. Our first Arkona’s show goes back to PaganFest in 2010 in Antwerpen. The effect their show has on me hasn’t change over the year, just awesome! And to see them in such an intimate place makes it even better. Hope to see them back here real soon!