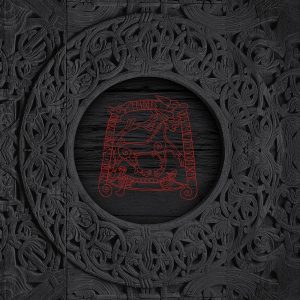 As if this year isn’t going to be overflowing with epic releases already, the next opus from Arstidir LIfsins has reached us nice and early. Set to be unleashed on May 22nd via their label Van Records, “Saga á tveim tungum II: Eigi fjǫll né firðir” will have 9 tracks totaling over 74 minutes of music. Yes, the title is a mouthful and roughly translates to “A Story In Two Languages II: No Mountains Or Fjords” with Part 1 “A Weapon And Wood” being released last year….hopefully both my translations are accurate.  I always jump at the chance to review their latest release (I’ve done the last 4 for us) as I always know the album is going to be an incredible listening experience and “Saga II” is no different. It is still a difficult proposition describing their sound….I would say black metal but it has such an ancient feel to it that it really defies description. Somewhat obviously, the lyrics being in Old Icelandic (Iceland and Germany are homes to the band members) would be considered one of the main reasons for this. I think some configuration of Moonsorrow, Wardruna and Helrunar (members of AL are involved with this project as well) would be a decent start at a comparison but only scratches the surface. In typical fashion, tracks have an average length of over 8 minutes per but there is a decent number of shorter tracks here (4 less than 8 minutes). There is a blending of historical and poetic sources probably too involved to describe briefly but I would expect nothing less as Arstidir Lifsins push the limits with each album. I couldn’t really say that you need to listen to the sister album before this as they can both stand on their own. This definitely has the feel of the most visual and immersive of all their albums to date with numerous spoken word and musical interludes to bridge the tracks together. Take the 1st 2 tracks for example (‘Ek býð þik velkominn’ and ‘Bróðir, var þat þín hǫnd’) with a combined total of 10 minutes I would describe as intro/transition pieces before the 3rd track with only scant instrumentation and spoken word. After this the more familiar style of AL comes forth and I could say that while this is their most ambitious work, it is also easier to get into with the tracks being somewhat less complex or just more memorable riffs plus the breaks with the interlude parts. You will really need to make sure you have adequate time to enjoy this as it is a beginning-to-end listen for sure. That is still the only “catch” with the album or with any of their albums…..you need to really obligate yourself and immerse yourself completely or not at all. The mix and sound are fiery when need be and lush and enveloping as well. While not an album that you will listen to on a whim, “Saga II” only needs a couple of plays to be more monumental than most albums to come out this year and as impactful as all of their previous material.