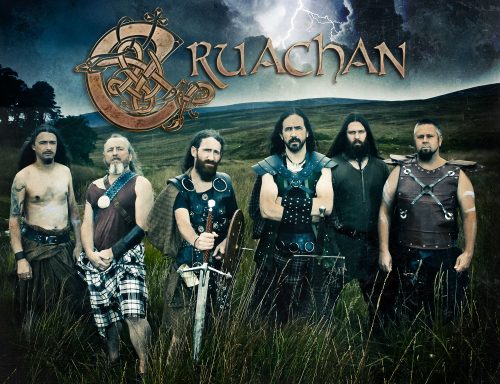 Cruachan showed an unplugged version of their new song ‘The Hawthorn’ at facebook. This should have been released as a new single but with the craziness in the world the studio session never happened. This will be a ‘big’ song when recorded – a mix of ballad and metal with some black metal thrown in for good measure, until then, they present it to you in it’s most basic form. The story being told is quite sombre.

Despotz Records is delighted and proud to present their latest addition to the Despotz-family, the Irish folk metal band Cruachan!

With their roots in Dublin, Ireland, the folk metal band Cruachan have staggered their melodic Celtic inspired metal all over the world since 1992. The band is pioneers in the folk metal genre and is recognized as one of the founders of their genre, the band has arguably gone the furthest of all in their attempts to expand this still largely unexplored subgenre. With a brutal but yet delicate mix of traditional Celtic music, pure metal and the use of Celtic mythology in their lyrics, the band has built a large and dedicated fanbase all over the world.

‘We are delighted to have signed with Despotz and look forward to starting the next chapter of Cruachans journey with them. We chose Despotz based on their proven track record and their professionalism. Here’s to 2020! Sláinte!’ // Cruachan

The band has released eight albums and will be releasing their ninth album via Despotz Records in 2020.