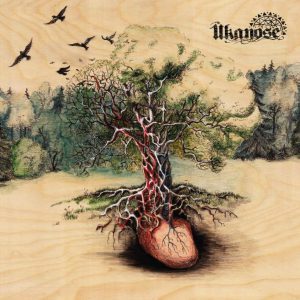 The baltic folk metal band Ukanose out of Lithuania is sending us with their new EP “…kai griadejo miskai…” a new sign of life since their offical debut in 2016. The six musicians out of Vilnus have dedicated themselves to the folkore and myths of Lithuania and are presenting us solid folk metal with the flute as main influence in their productions. The lyrics are kept in lithuanian language and are kept clean and you can feel without understanding a lot of passion behind them. The harmonies and melodies of the record are creating nearly an heroic atmosphere. The counterplay between the metal and flute is fitting perfectly into each other and I was really impressed by the very professional set up of each song. The old saying sometimes “less is more” definitley counts for this EP, as it only countains 4 songs with a total running time of around 18 minutes, but due the great efforts given into each song this does not matter too much. Fans of Ukanose in Germany and France still can have the hope to see them live in 2020. They are already confirmed for the Wolfzeit Festival in Crispendorf and the Dark Medieval Fest in Lamure-Sur-Azergues in France. Keeping the fingers crossed that this festivals will happen and will allow Ukanose to present their music to wider audience!