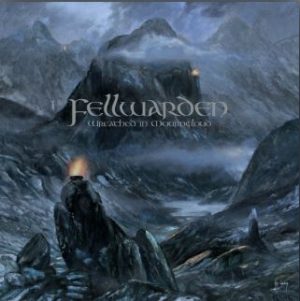 Finally, the time is right to herald the imminent arrival of the second chapter in the Fellwarden journey…
Titled “Wreathed in Mourncloud”, this second full-length is inspired by countless wanderings amongst the crags and fells of England’s Lake District, howling defiance, regret and remembrance to the bitter grey skies. The Watcher (Fen, De Arma) has spent the best part of three years painstakingly crafting the material that not only matches the power of its predecessor but takes every aspect of Fellwarden’s sound to the next level.

Released once again by Eisenwald and featuring staggering art by none other than the legendary Kris Verwimp, ‘Wreathed in Mourncloud’ represents a searing, epic journey in every sense.