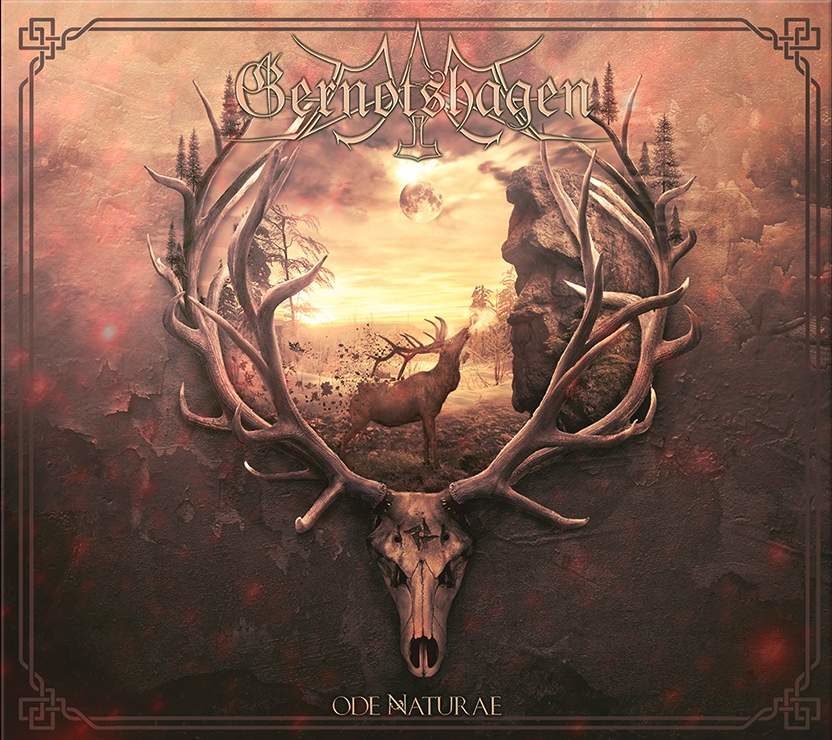 If I had to give a one-word description to 2020 as far as folk metal goes it would be a super easy task in saying “Comeback”. Many acts have released albums after extremely long layoffs including Natural Spirit, XIV Dark Centuries and probably the most anticipated album in 2020 with the recently announced Finntroll release. Add the epic Gernotshagen to that list with their soon to be independently released new album on July 24t h “Ode Naturae” featuring 8 tracks totaling about 67 minutes of tunes. I was shocked when I realized it has really been a long time since their last album “Weltenbrand” was released….2011! Where does 9 years go? Before jumping into the new album, a refresher of the previous discography was in order and how underrated they are and have put solid efforts out since day one. I would say countrymates Finsterforst and the legendary Moonsorrow and Paganland are 3 acts that come to mind while listening, combining the German feel with the long track style and a strong keyboard driven sound. So, like XIV Dark Centuries, would the long layoff result in their finest album to date? Wait until the end of the review to find out. As far as lineup goes, pretty much the same as before with Roman (known previously as Tyr’s Sohn) from XIV Dark Centuries replaces Diabolus on guitar.  Let’s start with a negative that still does not work for me for the most part in yet another completely unnecessary intro instrumental track “Erwachen”. From then on this is as strong an effort from this Thuringian troupe with multiple highlights. The track lengths top the 9-minute average and never get bogged down with boring, going nowhere ideas. They still have kept the tempos mid and slower for the most part which feels right for the style…..mood over speed. The lyrics are in German as always and I feel that they could benefit switching to English (not that I am necessarily a fan of it) as some acts like Varg, Korpiklaani and recently Welicoruss have done. My reasoning is the lyrics could add more interest to a wider audience by doing so….not a necessity as the tracks are still killer. The album does feel like a natural continuation from “Weltenbrand” so no new direction in terms of sound or style which could be considered good or bad. If you are expecting something completely different then I would say you would be disappointed. However, if you are a fan of their releases up to this point (like me) you will be happy with the results. The highlight here for me is the epic almost 18-minute album closer “Transzendenz” which really is a perfect way to close this chapter and one you can really get lost in. There is a nice clarity, almost non-metal feel to the sound which could come across as strange but really works….the detail and naturalness add to the power of the tracks and doesn’t hide anything. With “Ode Naturae” it feels like the 9-year span never happened and this is plenty of great tunes to make up for lost time. “Comeback”? It feels like they never left….great album.