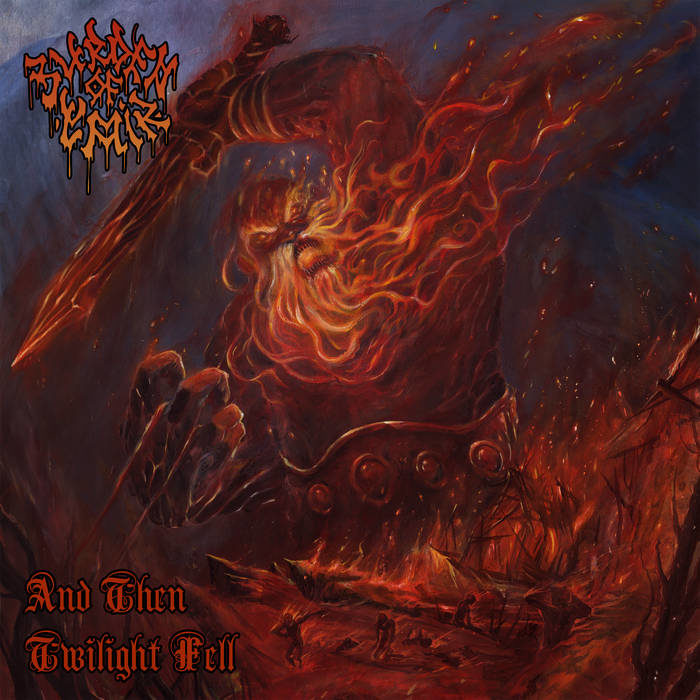 Just in case you think you already read a Burden Of Ymir review earlier this year, rest assured you did, and this isn’t the same one. This, in fact, is a whole new full-length review for “And Then Twilight Fell” to be released on October 31st via Black Spark Records. The new album will feature a total of 9 tracks and 54 minutes of tunes including an instrumental intro. I have in previous reviews stated how impressed I have been at the output in a relatively short amount of time (4 EP’s and a full length since 2019) and all of decent quality. The stratospheric leap forward was definitely with the debut full length from earlier this year in “The Third Half”. This album was the first time that Dr. Joseph Caswell (Burden Of Ymir’s main member) explored his vocals as all previous releases were instrumental. With that being solidified it was only a short matter of time for another album to emerge and emerge it has. Where “The Third Half” was the first tentative steps, “And Then Twilight Fell” has a confident stride to it with some new ideas merging with the already established sound. The comparisons I made previously to acts like Baldrs Draumar, Varang Nord and Mithotyn still hit home with me (yes, still tons of accordion). However, the riffing has gotten more complex as have the compositions with 3 tracks topping over 8 minutes (“Hordes Ready On Naglfar”, “Celestial Orbs Consumed” and “March Of The Fire Giants”). I have this album for a few weeks now and was trying to wrap my head around why I like this album so much. I think it boils down to the fact that I am starting to feel on some level that Viking Metal as a sub-genre is getting a little played out with literally hundreds of bands out there now. The same can be said of Pirate Metal for sure. Bands like Burden Of Ymir keep it fresh by doing something entirely different while honoring the classic acts (Bathory, Windir and Falkenbach come to mind). I know the accordion can sometimes get overused here but I like it….I mean after all BD’s “Magnus” was my favorite album from last year. The overall vibe is definitely more focused and assured especially in the vocal and riffing departments. The mix and sound both have a throwback feel to it as well, sounding like one of those albums from the 90’s you just rediscovered and can’t stop listening to…..there is a lot of that reverb and distance sound to it. If you liked “The Third Half” I am sure you will like this equally and maybe even a little more especially with the progression in the sound. Great new album.