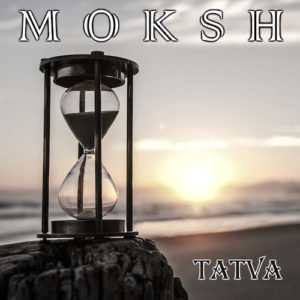 This album is a second breath for the debut work of 2018 by this band originally from India. Without changes in the song list, we can feel a mystical sound that goes beyond the adaptation of traditional Indian music adorned by the style of folk-metal.
Despite not having as many fast drums or heavy riffs as other folk-metal bands, this work does not leave modern instruments behind, and some songs can be enjoyed with a headbanging or catchy guitar riffs as in ‘Rawana’ or ‘Talaash’. So, this album is most enjoyed if you are listening to it from beginning to end. This is how we can see in several songs that the bass has a great role. Kudos to Raj Bhatia for such excellent performances of which I highlight ‘Parindey’.
Along with these melodies, the voice of Ishrat Rajan gives soul to each song, which is complemented by the production work, everything to give us an atmosphere more appropriate to the band theme. Songs like ‘Aandhiyo Mein’ are proof of this, melodies that surround us with the mystique from India in a modern environment and with a strong attitude.
The whole album has a good quality, but I think the sound can still be improved a bit more. Perhaps once in a while giving protagonism to some Indian-folk instruments in the company of the sounds from all the good work that the band’s members do, who with just a few instruments create a harmonic and mysterious combination that transports us to distant lands through their tunes. Hopefully, soon we will have more material from the band to appreciate their talent and to hear new songs from them.
Of my favorite tracks Mrityoh.