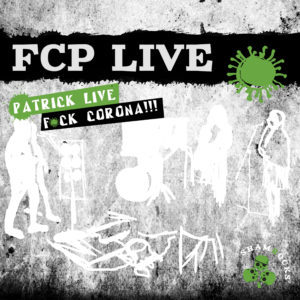 ShamRocks are a Ukrainian/American Celtic punk band. They are an energetic and talented group. The music is a wall of punk rock flavored with folk instruments and brass. Their versions of old standards like Leaving of Liverpool, Rising of the moon and Molly Malone are so different that they sound like different songs at first. Its not a bad thing if you like the style of the band but it may be off putting to those who like these songs in their original style. After a few listens I liked this album much better since I became more acclimated to it.” Bring it on”,features a wonderful rock guitar and blends with the Celtic punk song to create a nice highlight. ”Back home in Derry”, is a favorite song of mine and at first I was put off by this version of it, but The manic fiddle and guitar is hard not to like and it brought a smile to my face. Its not my favorite version of the song but its hard not to enjoy the obvious talent of the group.”Yellow Ribbon”, is strait forward punk rock with a nice vocal mix and hard driving sound. “Roll the old Chariot” slows down for a grand vocal song that builds to a fantastic end that really provides the highlight of this album for me.”Kiltartan Cross”sung in Ukrainian prove the band can play a beautiful folk song with as much grace and talent as anyone else. The rest of the set follows the pattern and provides a pleasant but sometimes bumpy listening experience. As live albums go the sound is professional and crisp and has an almost studio feel. I found this album to be better on multiple listening and I think the group has a great sound with the brass instruments truly adding a nice touch and the fiddle and guitar are fantastic. Overall a nice job.