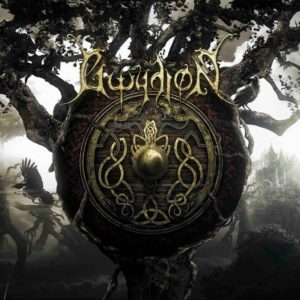 Folk Viking Metal warriors Gwydion releasde their brand new and self-titled album through Art Gates Records worldwide!The cover art has been created by Joe A. Arca (Dragonfly, Noctem, Coffeinne …) and represents all of Gwydion history, in this case it shows the Battle of Trees (Cad Goddeu) where Gwydion animates the trees of the forest to fight as his army.
Comment from the band about the new album: “25 years have passed, and we are eager to release this ultimate masterpiece to our fans! This album sums everything you want to hear from the band, we have put everything we had on this one, it’s a big album with almost 74 minutes!! It’s epic, melodic, dramatic, heroic, everything you expect from Gwydion! This will also have many surprises including several special guests that you will be amazed!
The album has been recorded at The Pentagon mixed, mastered and produced by Fernando Matias.