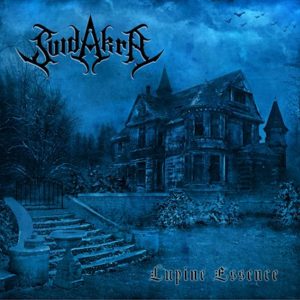 23 years have passed since Suidakra released their debut album “Lupine Essence”, which was to be the starting point of a career as adventurous as it was unique. As schoolboys, the guys delivered newspapers to be able to realize the project. What at that time was an enormous effort, both humanly and financially, was to give birth for the first time a German band which mixing folk with black metal.

With 2000 units, the album sold out quickly and was only re-released once with the first edition of the digipak of “Auld Lang Syne”. Since 1998 it is considered a completely lost diamond in the band’s discography. Time to finally dig it up again, remastered by Arkadius himself, with new artwork (very similar to the original), bonus tracks and for the first time available on vinyl.

Suidakra, that’s over 25 years of band history, tours all over the world, placements at the biggest festivals AND still good friends who enjoy making music together. It was also important to the label to revive the beginning of this unusual and unique journey together with extra Linar Notes from Arkadius…