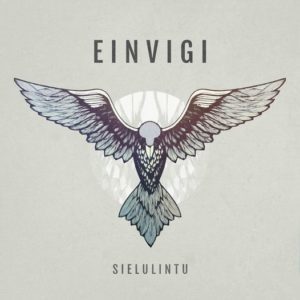 First of all I really need to state that the rating of this album has nothing to do with the upcoming holidays and is not ment as a gift.Einvigi just deserved to get the full score and are for sure one of the highlights for myself this year. Folk influenced blackgaze from Finnland ? How long we already waited for such a release ? In my opinion much too long! What Agalloch is for the US, what is Harakiri for the Sky is for Austria, what Alcest is for France, Einvigi is  for Finnland. But also to be fair enough, this release  has actually nothing to do with Folk Metal/Rock, beside of the accoustic guitars they use. Taking this point in consideration I really need to admit that this release is out of the port folio in respect of our genre we general serve. However I am usally spending once a year holidays (beside the Covid-19 Pandemic) with my 77 year old father at a hut in Finnland  (around 50 km from Lathi North the sea plate) and due this is done in summer it is usually the time for a “Vodka” approach “a la” Korplikanni. However the first time I spent this holidays in Finnland was in the end of September and what to tell you folks ? Cold, rainy ,only guests and a lot of fun collecting mushrooms 🙂 Maybe this review is driven too much by my emotions, but I really need to state that I can feel this album. The melancholy and the dreary are very well expressed by this great release. I honestly do not want to know how our lake place looks in December, but I guess this album is awaking all the feelings they are confronted with by this season. To be honest it would be ideotic to try to review this album track by track. This is just a masterpiece within itself and therefore I keep this review as it is. Everybody who is interested by Blackgaze or Atmospheric Post-Black Metal will love this album. I do so! ( my father will not, but has no choice at the next vacation 🙂 )