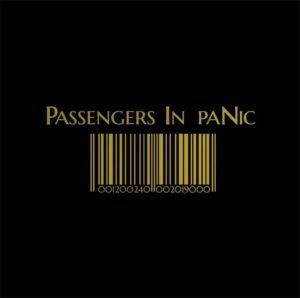 Some time ago, when concept albums were the vogue in certain rings of Metal there was a certain unspoken rule that came into play from the heavy saturation of the market with all the story driven narratives being put forward. Generally, I think most people can agree it’s common sense to make sure that your story is good enough to justify an entire album revolving around it. But what about the other way around, can a good enough story justify music that isn’t up to snuff? As somebody whose personal tastes in music can be heavily influenced by lyrics at times, this reviewer’s answer may surprise readers, but a band can’t save an album just by the merits of the story.
Passengers in Panic’s effort starts off really convincing, the heavy sort of traditional metal riffs slowly hammering forth as these soundbites about the general malaise in the world plays in raw, dark, samples, literally with the weight of the world bearing down on the listener. Then it continues on for another minute, and the riffs never change, and then another. And then the song is over with very little musical development. Come the second song, the soundbites are back, this time the riff feels almost doomy but the sound bites play, and the riffs repeat. Finally near the ending you get this slow dirge of a chant by the band, but then the entire process loops again.
However, don’t worry about the start, by the third track and afterwards the music has gone into flute embellished folk overdrive complete with some merry riffs and vocals sounding like a clone of Geddy Lee more than anything. One issue with this setup is there are some riffs and progressions that bring to mind Joan Jett’s music, and considering the punk influenced mentality that spawned the apocalyptic doomsowing of the first two tracks, there’s a part of me that wants to think the singers tried for a Joan Jett but got a Geddy Lee, but I’ll leave it since both are capable vocalists in their own right. Take note, the Blackheart nostalgia isn’t the only nostalgia on this album. Many of the riffs and solos on here sound like they were lifted from the most textbook examples of the genres they draw influence from. All in all, nostalgia is okay as long as the music is decent but here this can be an issue given the hodge-podge of genres and somewhat bland solos.
In all fairness, there aren’t many bands that can succeed at tying together so many unrelated genres and making it sound convincing. And for the most part, the significant musical influences, the punkish hard rock of way back when and the traditional metal was done really well. And when Doom stuck its skeletal head over the abyss they managed to incorporate that genre decently as well. It is understandable that an album with the worldly undertones this one has, might tempt equally ambitious music to match the far-sighted scope of the premise, but unfortunately it cannot be done well if the good parts are sacrificed in favor of the folk sensibilities.
The folk music itself, tends towards taking a very safe approach when any of the instruments, especially the flutes are isolated, which undermines the boldness the band may have been shooting for with the album, and yet the folk is incorporated only in places where it makes sense, and there is very little in the line of gratuitous use of any sort of instrument. The entire thing sounds meticulously planned, and the words, while they sometimes overshadow the music, are the most powerful asset to this album.
All in all, Passengers in Panic brought powerful spoken-word and lyric narratives to the table with some ballsy attitude and good musical firepower in their songwriting. Unfortunately, the music itself was supported mostly with rather flat variations on the genres they incorporate, and the delivery of the sound bites and lyrics were sometimes undermined by these musical factors. No doubt experience will iron out these problems, and hopefully when Passengers in Panic bring forth their sophomore effort they could amp up the quality to match the potential of what they bring to the table. If you like the greats of hard rock and heavy metal go and give these guys a shot, as they like any band that releases their first album under the climate need support in order to realize what they’re capable of.