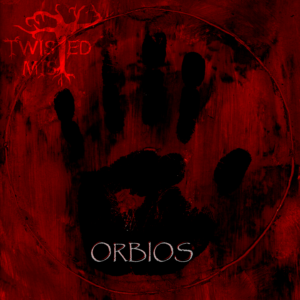 It is hard to keep up with so many bands in folk metal which has been made even more difficult with bands with ”crossover appeal” ……bands that aren’t necessarily folk metal but may have elements that resonate with you folksters. Case in point, the 3rd full length from French outfit Twisted Mist. Entitled “Orbios”, the new album features 7 tracks totaling over 41 minutes of tunes for M.U.S.I.C. Records and was released on November 28th. Formed in 2014, the original lineup of 4 has been paired down to 2 remaining members in Nicholas and Oliver who each share in instrument and vocal duties. While I think they would be considered Pagan or Black Metal, there is definitely enough folk instrumentation to make a genre description tougher than you would think. We have actually had this album for quite a while with no one taking a chance on it and shame on us for not jumping on this one sooner as it really has a lot to offer. Let’s start with some soundalikes….while they may have their own list of influences, I had an immediate combination of some of the forest dwellers in Selvans mixed with the epic Apocalypse Orchestra and Agalloch and maybe a little DS of Midnight Odyssey…..yes indeed, a good combination. There is a lot of the medieval influences from a style and instrumentation perspective….ocarina, hurdy gurdy, bouzouki and flute all make appearances here and meld nicely with the percussion and electric instrumentation. The guitar is gritty and not too riffy and percussion is restrained with vocals patters and acoustics really creating the majority of the primary action. The ironic aspect is that while the vocals are a major part of this album, their previous releases (“Mortui Vivos Docent” and “Le Brame”) are mostly instrumentals……remind anyone of Burden Of Ymir? Not sure what spurred the addition of vocals but it definitely was the right move and already shows a huge step forward. I can only assume vocals are in French (no lyrics included or online that I could find) and that may be the only thing that some of you might want to change…..not a big deal. Had I heard the first 2 albums prior to this I quite possibly would not have given this a spin, not knowing of their additional aspects. There is a bit of rawness to this whole album which I really like…..semi-over distorted guitar and a mix that gives it a homemade/retro sound. When I said “crossover appeal” I think I hit it spot on…..if you’re into doom, death, folk, black or whatever, “Orbios” has a lot of tangents to it that will grab you no matter what your flavor is….great album.