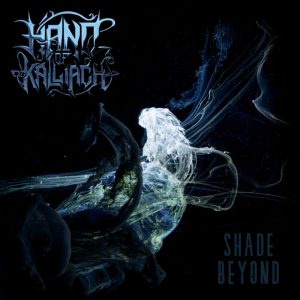 I couldn’t script this any better that I get to review another release from Scotland right after the epic debut from Aonarach. This EP (thank you for calling it such) is also a debut and this time from Edinburgh based project Hand Of Kalliach. Entitled “Shade Beyond”, the EP is independent and features 5 tracks totaling almost 24 minutes with a release date in early December 2020 via Bandcamp. The project consists of 2 members in husband/wife duo John and Sophie Fraser who share all vocal and musical duties. As a starting point I think we need to define where Hand Of Kalliach land on the folk metal radar. I would say on the peripheral edges of traditional folk metal to an extent with primarily black metal stylings and the intermingling of some folk metal influences and instrumentation. Take equal parts Sojourner, Saor and Windfaerer and that gets you into the general area. There are plenty of positives here and songwriting/arrangement is foremost. The songs are not overly complicated, and the riffs/structure are easily discernable with the weaving in of what sounds like keys/pipes throughout. Vocals are a mix of distorted and clean mains varying between whispers, screams and growls and chorals giving a lot of dimension to the aforementioned simple song structures. The vocals may be the only thing that I feel could have been improved upon (not saying they are bad) as they sometimes don’t really seem to fit or feel distanced from the rest of the music….maybe a mix concern? When the distortion is backed off in a track like “Overwhelm” and Sophie’s solo to “White Horizon” I feel that it works better and is more appealing. The lyrics are primarily English, but some Gaelic is mixed in and subject matter appears to be of nature, mythology and magick. Closing track and longest one here “In Tempest Wrought” is where they really find their stride and is the most promising for future releases. The most important part of this release is that it grows on you after repeated listens and that is a good thing for sure. Despite some of the inconsistencies with the overall sound that can be easily remedied, Hand Of Kalliach has a solid start and has a promising future ahead of them.