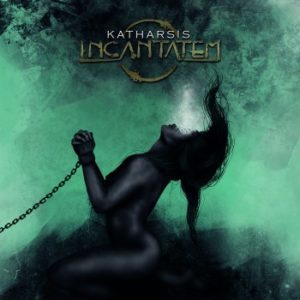 Incantatem released their second album ‘Katharsis’. To promote this album they released a single ‘Hof der Wunder’ featuring nobody less than Eric Fish of the well know German Medieval Rockband Subway to Sally. This could be interesting.
The band presents themselves as a modern folk-metal band. With cello, bagpipes and flutes there is very interesting spectrum of instruments, but these instruments have a quite submissive sound in the total mix. The band sounds a bit like the modern Letzte Instanz and Subway to Sally. These bands started with some folk and medieval songs, but changed the sound to a more modern sound. Very nice, but is it still folk-metal? Who am I to judge, but I would have liked a bit more of the authentic instruments in the sound. The songs are very nice and well written, so compliments for that. To me it lacks a bit of ‘something special’, they colored the whole thing a bit to neatly between the lines.
Still a very nice album and the band deserves a nice spot in the list which features bands like Letzte Instanz and Subway to Sally and when you can manage to do that, you have the potential to become a big one in Germany!