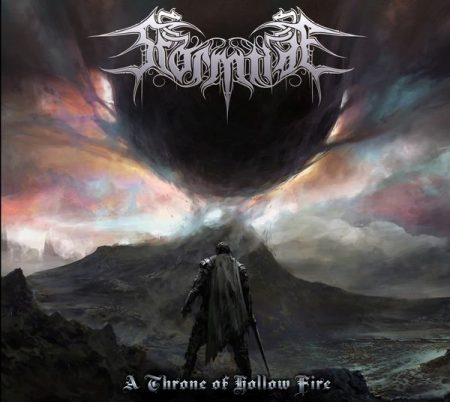 The trend of acts after long layoffs returning continues with a brand-new release from Australia’s Stormtide. Their 2nd full length album “A Throne Of Hollow Fire” is set for a digital release on March 1st and physical release in April via Metal Hell records. The new album features 10 tracks at almost 40 minutes with 1 track “She Who Would Name The Stars” being released last summer. I first became aware of Stormtide from their first EP (“A Skald’s Tale”) and their epic track “As Two Worlds Collide” which appeared on one of my all-time favorite compilations “Tales From The Southern Realm”. What should we expect from a new album? A lot of epic symphonic/folk/melodic death tunes from this 4 piece act and some of their best stuff to date. 4 piece? At this point it appears so (at least from the most recent band pics) as they use to include 6 members in their ranks and that may explain the long layoff. Comparatively I would say the 2 acts that come to mind are Vesperia and Æther Realm and maybe a touch of Paganland with their heavily keyboard driven sound….and sure maybe even a little of countrymates Valhalore. There is a nice combination of tempos and enough guitar riffs to help balance out the styles and tracks. What I think really helps is the fact that even though this is heavily symphonic, it isn’t overly progressive/complex at the same time, making tracks easier to get into after a few listens. Most memorable tracks? I would say the 2 that jump out are “One Last Pint” as it changes it up from the other tracks into a straight boozer and album closer “A Warship Braved The Tempest” which is the longest track here and has the most epicness of all the tracks for me. All in all, a solid album with no change or decline in quality. If I had a preference, I would maybe say some of the mix choices or overall sound tended to be very bright and not as layered as I would like in this style of album. Again, only my personal preference and the album is still hearty and a great listen. An epic return with an epic album from down under and one which I think will garner them even more praise in 2021.