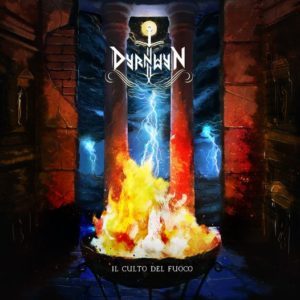 Dyrnwyn is proud to announce that our album is finally coming out with the label Cult Of Parthenope, which just officially announced the release date for ‘Il Culto Del Fuoco”! Despite the pandemic the band worked as hard as they could, and finally they are almost there: the release date for the new album is set on April 30th!