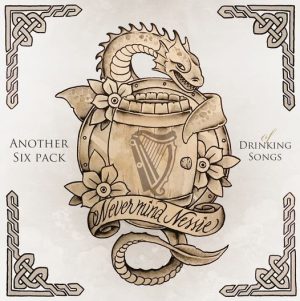 Belgian band Nevermind Nessie have released a nice little gem that combines a nice folk feel with a good punk rock backbeat. The music is fast paced and laced with enough great folk instruments to keep your feet moving and your blood running. While these six songs aren’t technically all drinking songs I can attest that they can be drank to and they are definitely fun and should be played in bars everywhere. Lock Him Up an obvious song about Trump for me is worth the price of the album and just the kick in the ass he deserves. However the rest of the album is also great. Another drinking song is a masterpiece and the closer The end of the show is a classic that bar bands can cover for the next century.While the band has been around since 2009 they have only four releases as they have always been more of a live band. As we get back to normal over the next year I hope that people will get out and support these great bands. I know that I have missed live music more than anything this past year. This CD is only available as a digital release for now but you should get a copy if you like good music. Enjoy and go to a show when you can!