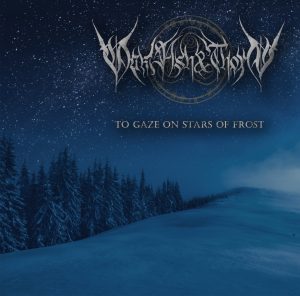 The pandemic has yielded yet another gem from a returning band to the conversation in an EP from Oak Ash and Thorn. “To Gaze On Stars Of Frost” is a 4-track offering from this Colorado USA 5 piece which was officially released on May 26th via Bandcamp. First off, they know it is an EP and call it such which is accurate and appreciated. There is a total of 24 minutes of music in the 4 tunes so a robust 6 minute per average with no filler at all. Let us jump back in the time machine to their debut album “May Every Altar Linger” which was super promising American folk metal…and then a disappearing act. Ordinarily I would be semi-aggravated but with killer EP as a return then I can definitely forgive their absence. The track lengths have yielded a maturity and refinement to their original sound which I think is much more directed but may not sound like their earlier release. The time off has yielded to a much more progressive tinge to their sound which I feel has much more appeal. Soundalikes? American acts like Æther Realm, Wandering Oak and Wilderun come to mind but I think some Woods Of Ypres or Thrawsunblat at times came into my head. There is nice combination of heavy and clean vocals to give some nice dynamics to the tracks and tons of riffs and tempo changes to keep it interesting. Alright I am sure I have sold you on this at this point so how about some even more awesomeness? Trollfest guitarist Fabio Grimdrap (AKA Fabian Jiru) makes a guest appearance on the guitar solo in “Suspended And Frozen” (which is super killer and mind bending) as well as superbly mixing and mastering the final product here. He has proven adept at finding a new balance of gnashing, heavy and clarity here. Once again and especially with the release of “To Gaze….” the validity and impact of the EP has been shown to be a viable vehicle for bands to pursue rather than an album of mediocre tracks and a single here and there. Oak Ash and Thorn have returned in triumphant fashion with one of the top EP’s of 2021.