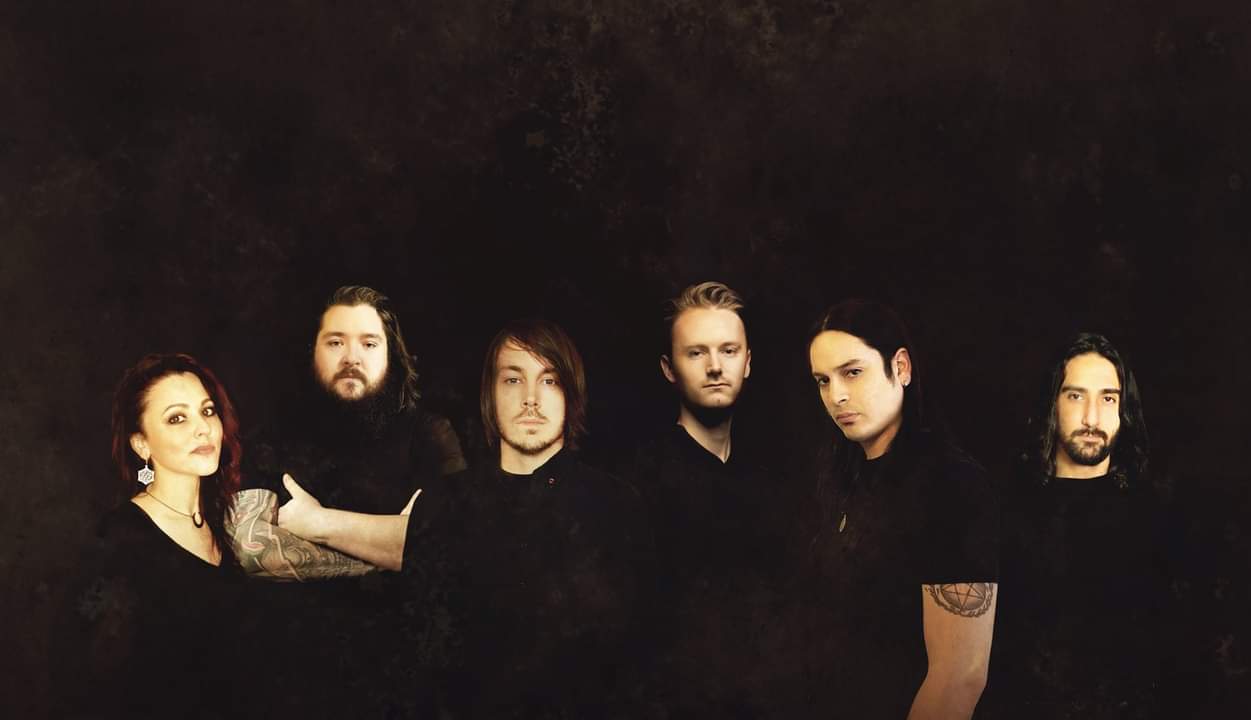 The ‘Perennial’ mini EP will be released today through Napalm Records.

“First, we present to you our new members: Lucia Amelia Emmanueli (Monochrome, the City) on vocals and Tom O’Dell (Dwarrowdelf, Battle Born) on second guitar/backing vocals! After our change in lineup last year, we held many auditions and we were so excited to ask these two to join our ranks. Tom has been a close friend of ours for a long time and Lucia’s voice completely blew us away.

So please welcome Lucia and Tom to the Sojourner family! We’ll introduce you to them individually in more depth very soon.

Instead of just putting up a simple post, we really wanted to turn this into something special so we decided to keep it under wraps until now and to do an actual release with our new lineup! So we are proud to present our new mini EP titled ‘Perennial’.

Songwriter and musician Mike Lamb says:
“When I approached the songwriting for this mini EP I wanted to do something special that encompassed both where we began and where we are today, because while we’ve grown and changed over the last 6 years we still have the same passion and vision for the band that brought us together initially. I approached both the songwriting and recording for this EP in the same way that I did on ‘Empires of Ash’ and ‘The Shadowed Road’, even down to recording all of the instruments back in New Zealand again for the first time since we began, in the same room where I wrote “Heritage of the Natural Realm” in 2015. It also seemed like a fitting time to do something that sat somewhere between a reinterpretation of “Heritage…” and a sequel of sorts for the second EP track, “Relics of the Natural Realm”, bringing our 2015 beginnings full circle back to where we are now and the band that we’ve evolved into in 2021. This is reflected in the cover art, again by our good friend Jordan Grimmer who did the original ‘Empires of Ash’ cover, showing the meeting of Sojourner both past and present. We couldn’t be happier with our incredibly talented new members, both of who turned in absolutely beautiful vocal performances, and we’re so excited about the bright future ahead for the band.”

Vocalist Emilio says:
“With wanting to revisit the old style of Sojourner I decided to tap into our roots on a lyrical level. ‘Perennial’ very much follows the thread of nature and it’s loss at our very own hands. This theme was prevalent in several songs on our first album so it made sense to revisit that. The vocals were meticulously worked on with Lucia to make sure that every single word worked in its tone and placement. Later, with Tom joining in on backing vocals at the very end, we truly felt happy with the end result.”

We wanted to give you all something truly special and we hope you enjoy our single and video (cut together by our newest member, Tom!) for the mini EP title-track “Perennial”.

‘Perennial’ can be purchased on a strictly limited edition ivory colored 12” vinyl. You can stream our new single and purchase the EP at the following links:

You can also pre-order ‘Perennial’ digitally on our Bandcamp page:
sojournermetal.bandcamp.com

Emilio states:
“When Thorsten and I had our first meeting, it was apparent that we shared the same goal for Sojourner; to bring the band to the next level and all over the globe! We are certain that this new partnership will bring fantastic opportunities for us. See you all out on the road!”

We have also signed a new worldwide booking deal with Napalm Events!”

Skyclad
A Semblance of Normality