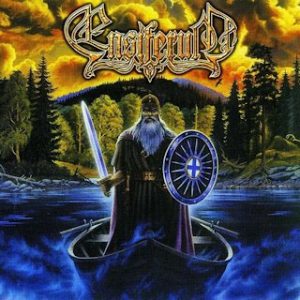 Recorded on November 2000 and released on 9th. July 2001, this exquisite gem is considered one of the 21st. Century’s best releases by a newcoming metal band!
It is also considered one of the first classics of the Folk Metal subgenre from Finland, more precisely in the region of Uusimaa, in the capital of world metal Helsinki, the same of Amorphis, Moonsorrow and Finntroll.
Four years after the band’s first Demo, Demo I, whose track Old Man* is present [#5], this work also features other versions of the demo Little Dreamer [#6], in Demo II, and all others demos in Hero in a Dream: Intro [#1], Hero in a Dream [#2], Eternal Wait [#10], Battle Song [#11] and Guardians of Fate [#4], respectively, passing half of the total of songs in it. In addition, other versions of its release feature the iconic cover of Breaking the Law (Judas Priest) as a bonus track from a Japanese digipack, as well as Into Hiding (Amorphis), from the Dragonheads EP, when the album was re-released in the US in 2008.
Right after the intro track Intro, a tradition in metal bands, we see a mix of improved versions and new songs that fight each other like on a battlefield to see which is the most breathtaking. Out of curiosity, the tracks Old Man and Little Dreamer narrate poems from the greatest literary classic in his country (the Kalevala) in relation to the exploits of the magician Wainamoinen.
These Finns have always been inspired by themes such as: nationalist epics, battles from days gone by whose country belonged sometimes to the Swedish government and sometimes to the Russian government, legends, fantasies and of course paganism. The only original member of the band to this day is guitarist, percussionist and also singer {clean vocal} Markus Toivonen.
There are true classics that even today, after 2 decades on the road, almost always figured in the band’s setlist, such as the absolute Guardians of Fate, Treacherous Gods and Battle Song, this one with its visceral battle cry at the song’s climax, that for those who already saw them execute it for sure entered in a “metalfolk wheel” and chipped punches and shoves from others.
In short, the namesake “Ensiferum” is a masterpiece hardly forgotten in ranking lists of any Folk Metal fan, regardless of nationality.
*Only track present in other versions released later, such as remastered versions