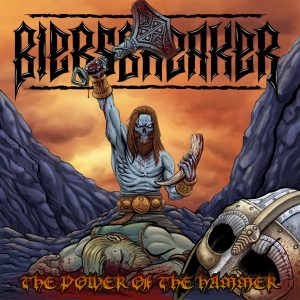 Biersbreaker released the third single from their upcoming album The Power of the Hammer, a song about a tavern where seductive creatures pour beer and offer their charms… but at a price. The theme has oriental folk influences where the duduk (wind instrument) stands out at the beginning of the theme.

Biersbreaker started recording their latest work ‘The Power of the Hammer’ at Gargoil Studios in Donostia in 2018.
The Power of the Hammer is made up of ten songs that start from a melodic death-metal base that is fused with folk elements of the Atlantic tradition. For this album, in addition to the usual bagpipes and whistle, the group has added hurdy-gurdy and dultzaina, in addition to having the special collaboration of Eneko from the folk group Briganthya, who has added accordion and bodhram.
The band released the first single ‘Jormundgand’ and during the summer, the group will present several singles and in autumn the album will be published in full by Gargoil Tavern Records on the main digital platforms and will also be available on Physical format.