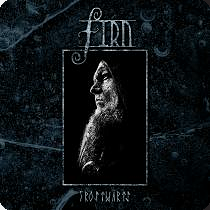 Let’s not beat around the bush here, initially Frostwärts sounds like an album which worships at the dark altar of Finnish Pagan Metal kings, Moonsorrow and there is no doubt that said band have been a clear influence on Firn, the one-man project from Horda (Ordoerir / Waldtraene). It soon becomes apparent​ however that there is so much more to them than such a one-dimensional comparison would suggest. Horda brings a wide variety of influences to the table, such as, but not limited to, the overt folk leanings of Svartsot and Bifröst, Falkenbach’s knack for atmosphere and even the Power Metal stylings of Crom. In my opinion though, Firn are so much more than the sum of these parts and bring something decidedly unique to the Folk / Pagan Metal table.

​One of the most exciting things about Firn and the thing that should make them real heavy hitters in the scene in years to come is Horda’s ability to craft a song which keeps the attention of the listener for its entire duration. At no point was I even tempted to skip to the next song, despite the fact that none of the tracks on the album comes in under the 8-minute mark. This is no more apparent than on the stunning Urkraft, which ebbs and flows with an almost cinematic beauty. Harsh vocals and folk instrumentation gives way to chants, whispered vocals and a catchy as Covid folk melody. For me it’s on this song as well as on the first single from the album, Vater Berg, where the band really comes to life and shows the massive potential they have. All of this is done without contrivance. In fact, the opposite is true as every song on the album is a beautifully crafted piece of work and there isn’t a weak moment to be found. That this is the band’s debut album is nothing short of breathtaking and I look forward to seeing them grow and develop their enormous potential.

​I am sometimes guilty of hyperbole and tend to award high scores to the albums that I review, so with that in mind, Frostwärts is a masterful and majestic, solid 10/10 masterpiece.​