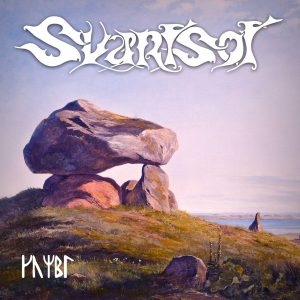 Let’s assume my absence on this particular blog and overall folkmetalish webosphere commune has been profuse – guilty. But let’s also opine, potentially warranted, and is in fact driven by symptoms of a global pandemic – guilty, guilty. I never foresaw exactly how much my metal listening would diminish without the daily monotony of a commute; so shocked I was at my blatant disregard of a much cherished, uninterrupted, private listening habit. So there, that’s my excuse – take it as you will. We all eventually succumb to changes catalyzed by circumstantial forces we can’t control; an inevitable part of our fleshy blobby, conscious existence.

It is also evident that the genre of folk metal as a whole, has recently descended into antiquation, anecdotally and objectively. Lacking subjective perspective, one might observe the woes of current societal atmospheres driving the demand for more extreme, existentially explorative and heavier concepts in the music they seek. Conversely however, a simpler motif may provide refuse from all the bad. I suppose I’m somewhere in between and personally overstimulated by all the doom and atmo black metal kvlt bs… who’s to say where folk metal is headed? Well, it’s certainly not me!

This of course, is all a premise and justification of my rating for Svartsot’s 5th studio album release, Kumbl, beholding the meaning of a memorial or monument. Perhaps, it is an auditory monument of sorts. A folk metal monument. Particularly special? No, but robust and thoughtfully placed in a weird historical timeline? Yes. In this iteration of the universe, these Danes produced a solid record and one that is likely to resonate with familial fans. However, for me, it lacks a critical component of veriety, innovation and an element of surprise. It’s the type of record I’ve heard before and will hear again despite my particular ignorance towards Svartsot as an individual act.To be honest, I had most of this written weeks ago and the tumultiity of listening even earlier than that but I wasn’t certain how to present my jaded outlook or round out a cohesive arguement interesting enough for others to read. So here goes nothing…Two commanding aspects stand out with every revisit to Kumbl; vocals and melodies. The stellar production has a lot to do with this also but so does Svarsot’s seasoned expertise. So if you’re in the mood for a classical folk metal experience, no need to revisit tired albums, give Kumbl a listen. It would be well deserved despite my lame enthusiasm.