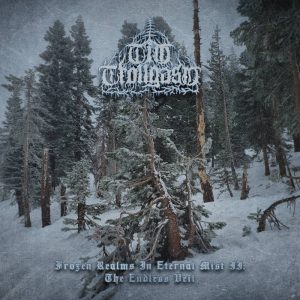 Before beginning this review, I encourage the reader to imagine what an ambient album released as a pet project by a streamer would sound like. Now imagine that instead of traditional ambient nuances, the music instead relies on regular keyboards, and the odd “sparkle” in the background. That mental representation would approximate Vestige of the Ancient Shrine by Tim Trollgasm. Musically, this album sounds exactly like the Christmas flavored orchestrations off a certain Twilight Force album. The only difference might be that if anything, Vestige of the Ancient Shrine sounds more like a Christmas themed album from the start.

“To Mourn” is actually quite deceptive as it comes across as an intro track, but then one will find out that every track in fact has the same looped sequence of keys, alternating with a paraphrase of itself every other minute and throwing a few stock ambient sound effects.

Make no mistake, its not that the creator of the album is bad, as certain moments, like “As the River Does the Vein” shows that the songwriting can establish a desired atmosphere (dark and ominous in the case of said song), and that it can sustain that different tone throughout the song. I am certain fans of Tim Trollgasm would be the target audience for this album, and they might even see past any perceived shortcomings this review mentions, but unfortunately for the rest of us folks, these five songs, comprising maybe twice as many measures, is better if used as background music. However, you won’t find this playing at the local nightclub, unless there is a Victorian ball held at a solstice, or possibly a Christmas party. Unfortunately there isn’t much to say, its five songs with the same loop playing over and over again with something else thrown in every other minute for variety. Give it a listen if you’re curious.