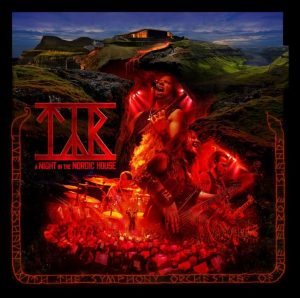 Okay, I must confess to all of you. I have never been a big fan of live albums.  I realize that bands often release them so fans can capture that concert experience without being there physically. In my experience, very few bands can capture that magic through audio. I think live DVD’s bring more of that magic to the fan due to combining the visual with the audio.  Bands like King Diamond and Mayhem come to mind as the fan is immersed with the audio while the visual concepts of the songs are represented with the stage presence or the antics of the band members.  However, over the several decades walking on this earth, there have been a few live albums that set my ears on fire and capture that magic.  Kiss, ‘Alive’ is one of those records. Peter Frampton, ‘Frampton Comes Alive’ would be second and my top live album would be the glorious Motorhead, ‘No Sleep Till Hammersmith’.  Many runners up such as Iron Maiden, ‘Live After Death’ and any live album from Opeth.

Fast forward to 2022 and we have Tyr, ‘A Night at Nordic House’.  Tyr is one of my favorite folk metal bands; I have been listening to them for years.  I know almost every song by heart and I was excited to give this album a listen, as I have never had the opportunity to see them live in the United States. To follow one of the current “metal trends”, Tyr has worked with the Faroe Island Symphony Orchestra on this live performance to play alongside and provide vocal backing with a choir.  Upon learning this, I was curious, mainly because I never pictured their music accompanied by an orchestra.  The opening ‘Hel’s Prelude’ begins to set the tone for the night, with a fantastic orchestral sound leading into the ‘Gates of Hel’. When Henri begins to sing, he sounded a bit horse and raspy, as if he had partially blown his voice out.  I am not sure if this was due to multiple days practicing or coming off a tour, but his vocal presence was not as powerful as I imagined it would have been.  His guitar work along with Hans was spot on.  In fact Hans sounded as if he was in studio recording riffs all night long.   I must admit there was solid bass playing and drumming from Gunner and Tadeusz to round out the total sound of the band.  The orchestra and choir weave in and out of each song applying their appropriate accompaniment; often the choir enhances the raspy voice of Henri during the chorus making each at song more listenable from a vocal perspective.

The performance over all was great, but not magical. I was pleased that many of my favorites were on the set list for the night and really enjoyed how they were set against the orchestra.  I was glad to see them round out the set list with ‘By The Sword In My Hand’ and ‘Álvur Kongur’.  Other note worthy tracks would be; ‘Ragnars Kvæði’,’ The Lay of Thrym’, and ‘Turið Torkilsdóttir’.With that said, I feel Tyr gives a solid performance and a very listenable album, but lacking that great live album magic.