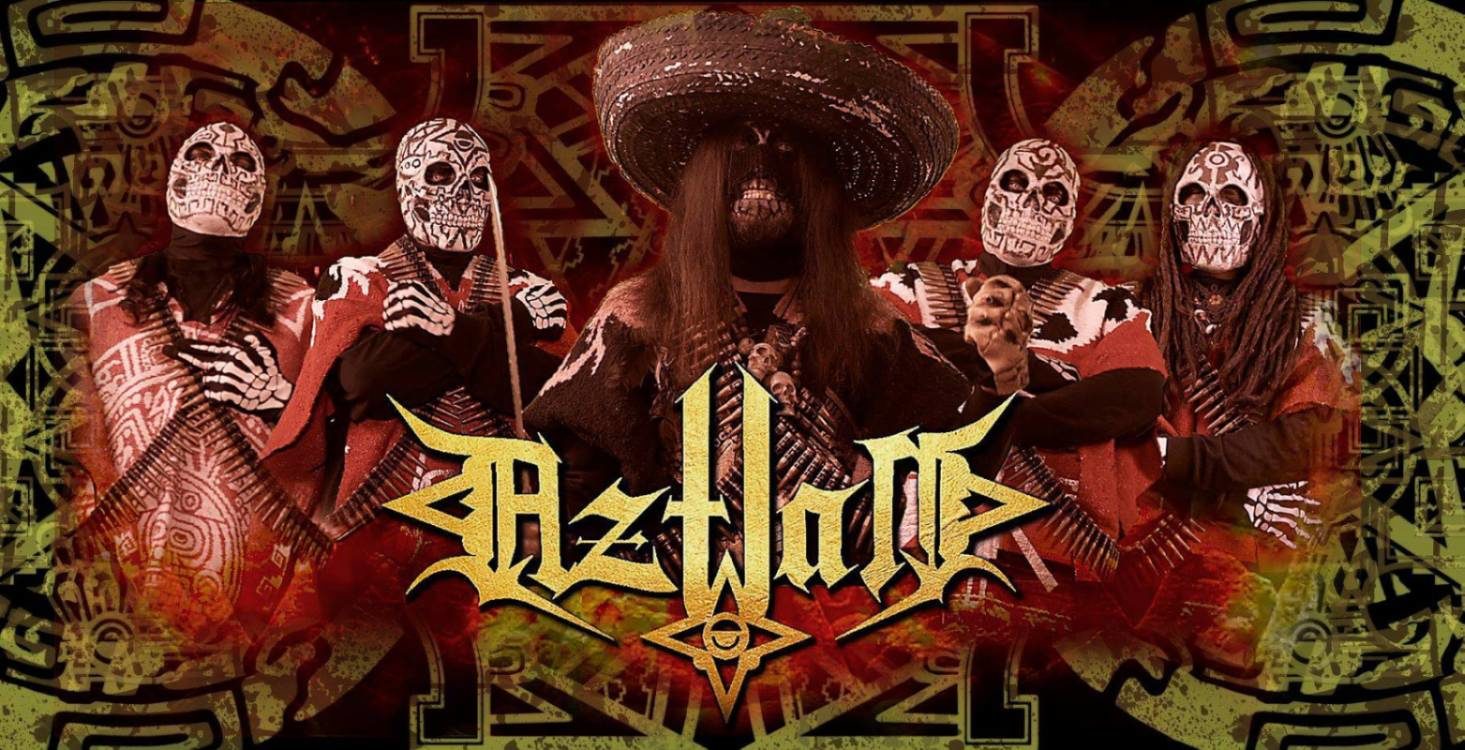 In Mexico there is a command of the dead called​ Aztlan. The band formed in 2018 and mixes Mexican folk music with the sound of metal. The concept of​ Aztlan​ is to expose the Mexican culture from ancient times like Aztecs and Mayan to the present day with the sound of Mariachi and Prehispanic Music through a world full of mysticism. The image of the band evokes the traditional ‘Day of the Dead’.

The group released their first album,​ Mexico Inmortal​ (2019), and it explored for the first time the mix of acoustic and electric sounds, evoking the old Aztec dances with an aggressive sound. The following album,​ Legion Mexica​ (2020), showed the mix of mariachi becoming more and more noticeable in each of the songs with ancestral stories such as the Mictlan forming the themes. The Mictlan is the Aztec underworld, the City of the Dead, it is the place where they have to go through nine levels until they reach eternal life in the presence of Mictlantecuhtli The Lord of Death.

Aztlan​ completed their 3rd album,​ Revolución and will be released via Sliptrick Records this year.