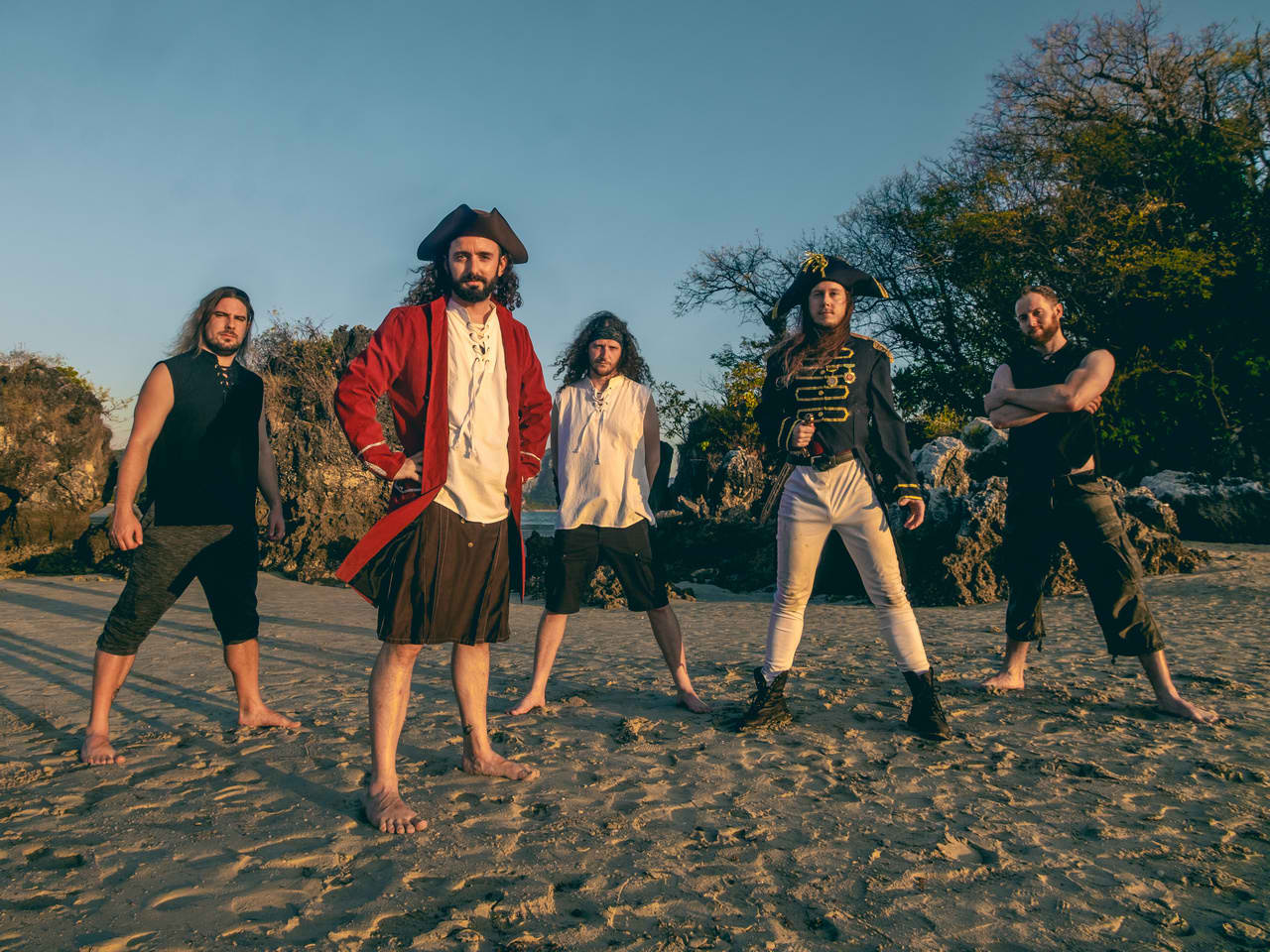 It’s time to put on your pirate hat and inflate your rubber ducks, because the world-famous Pirate Metal Drinking Crew, Alestorm, have just set sail on a new voyage with their seventh studio album, ‘Seventh Rum of a Seventh Rum’, released today via Napalm Records.

Alongside its pre-order kickoff, Alestorm have released the charging first single from the new album, “Magellan’s Expedition” – an epic quest telling the tale of Ferdinand Magellan’s historical circumnavigation of the earth in 1522. The official video was filmed on location in a castle, features tons of pyro, and of course, a huge yellow laser-eyed rubber duck fighting a young maiden warrior, transforming her into a real, beautiful duck! Featuring majestic orchestral backing, whirling folky violins and huge Latin choirs, this song is classic Alestorm like you haven’t heard in years – a real throwback to the early days of ‘Captain Morgan’s Revenge‘!

The band spent two years during the lockdown going insane and frantically dredging up the craziest pirate metal anthems from their treasure chest of ideas, and have created the most epic and serious (yes, serious) sounding Alestorm album you’ve ever heard. From the symphonic choir-powered “Magellan’s Expedition” to the rousing anthem “Under Blackened Banners” featuring intense technical riffing and exquisite solo duels, Seventh Rum of a Seventh Rum is a real throwback to the early days of Captain Morgan’s Revenge. But fans of the modern Alestorm sound need not worry either – there’s plenty of party mood in the aptly-named future hit song “P.A.R.T.Y.”, and the high speed, insane folk metal banger “Cannonball” has the most ridiculous and offensive lyrics you’ve ever heard in a pirate metal song (making “Fucked With an Anchor” sound tame).

In other news, Alestorm just entered the studio to record their seventh studio album, Seventh Rum of a Seventh Rum – stay tuned for updates!

Alestorm on the clip:

“Back in December, we managed to defy all the odds and do a massive tour of the United Kingdom and Ireland, playing 11 huge shows to tens of thousands of fans, culminating in our biggest ever headline show at the Brixton Academy in London. While we were on the road, we also filmed a bunch of footage on and off the stage, so we thought we’d stick it all together into a big fun music video featuring one of our favorite songs from our previous album, called “Zombies Ate My Pirate Ship”. Thanks to everyone who came to see us during these tough times, and extra special thanks to Loretta Lovely, who performed the female vocal parts ‘live’ on stage with us. OH WOW!”