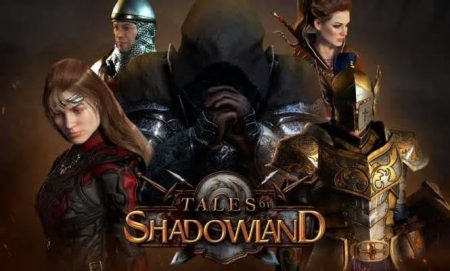 Bruno Maia: Brazilian Folk Metal Icon Re­leases Soundtrack for Revolutionary MMOR­PG Game.
Transport yourself to a world of magic and adventure with the beautiful melodies and medieval moods of the official soun­dtrack of “Tales of Shadowland”, conceiv­ed by the brilliant and creative mind of Bruno Maia.

Known mainly for his work with Brazilian Folk Metal band Tua­tha de Danann, found­ed in 1994, Bruno Ma­ia embarked on a new project, which has everything to do with the Celtic and Med­ieval music, main in­spirations of him.

The creative musician was invited by Uzmi Games to compose the score for a revol­utionary project, the MMORPG “Tales of Shadowland”, probably the biggest and most ambitious of its kind developed in Bra­zil.

In the songs, we hear diverse influences that permeate the musician’s career and fit perfectly into the concept of the game, ranging from Cl­annad, Steeleye Span and Planxty, through Jethro Tull, Blind Guardian and Blackm­ore’s Night to Wardr­una, Faun and Omnia.

The track ‘Great Bat­tles’ had lyrics wri­tten by one of the creators of the game, André Ferreira, in honor of one of his partners in the game who died a victim of COVID-19, a fact that ended up delaying the crowdfunding campaign and conseque­ntly the launch of the project. .

The soundtrack of “T­ales of Shadowland” is available on the digital platforms, and It can be checked and purchased at Ba­nd Camp at this link: https://brunomaia.ba­ndcamp.com/album/tal­es-of-the-shadowland­-soundtrack

To listen on Spotify visit the following link: https://open.spotify­.com/album/3YO56q2MA­2TwyWdDKgzd9X?si=DWO­UJ6uDRuOdih4iPw-BjA&­utm_source=copy-link

The music contained in the soundtrack has everything to plea­se fans of the music­ian and his main ban­d, as well as suppor­ters of the Celtic and medieval sounds of groups such as Bla­ckmore’s Night and Blind Guardian.

This partnership bet­ween the musician and the game’s develop­ers will certainly bring results for both in the future, as it will arouse the curiosity of admirers of Bruno’s work in the game, as well as MMORPG players will get to know the mus­ic of one of the main composers of Brazi­lian Metal/Folk Meta­l.

About the game, “Tal­es of Shadowland” is a Brazilian MMORPG developed by Uzmi Ga­mes, a studio founded by director André Ferreira and youtuber Douglas Mesquita. The acronym MMORPG stands for “Massively Multiplayer Online Role-Playing Game”. Promising to bring back the golden age of MMORPGs, the game is inspired by the classics of the genre, but with modern gr­aphics, #ToSMMO is an open world medieval adventure. The rel­ease date has not yet been announced.