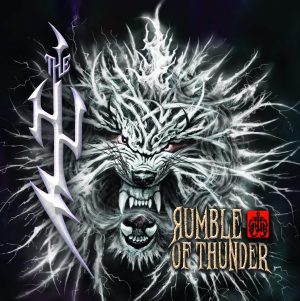 No one can ignore THE HU, which since its creation in 2016 has come a long way leading them to the heights.

And yet who could have believed in this band which decided to mix rock music and tradition of the steppes. Their music is characterized by the use of the Morin khuur (Mongolian instrument which resembles a large violin with two strings) and a vocal technique called “khöömii” which borrows from the vocal cords intonations called “throat singing”.

Add to that the tovshuur guitar or the tumur khuur harp but also fierce electric guitar riffs and you will be immersed in “Hunnu Rock” as the Ulan Bator entity itself defines it. A universe where rock and the telluric force of its hostile lands rich in tradition intertwine with an innovative energy.

A true journey into the depths of Asian civilization, this journey begins with a cover that perfectly sums up the content: a beast full of savagery that will only let go of its prey when it dies. They don’t forget to campaign for the protection of nature (“This Is Mongol”) or Mongolian culture (“Black Thunder”).

We will have the choice in terms of music with atmospheres sometimes groove like on “Triangle”, “Teach Me” or “Bii Biyelgee” or sometimes emphatic (“YUT Hövende”, “Tatar Warrior”) or even vaporous like on “Mother Nature”. We can at the turn of the twelve titles imagine being a spectator of shamanic sessions that we find in many so-called primitive civilizations.

We leave this peregrination with the impression of having had an experience not really like the others, especially since THE HU is only in its infancy since “Rumble of Thunder” is only its second album. One wonders where this popularity will end, which in just six years has brought them to ever-increasing concert audiences.

This growing reputation can be verified in the four corners of Europe since a tour of thirty two dates (from the end of October to the beginning of December 2022)​ will criss-cross the old continent. Don’t miss them because THE HU’s music gives all its fullness on stage, a true revealer of the value of a band.

In the meantime listen more than reason to this second opus without moderation.