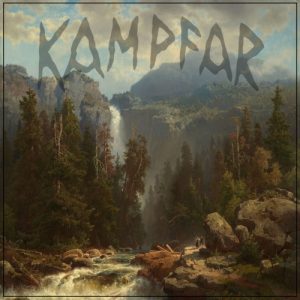 “A horse in the dist­ance, rider atop in lavishly coloured ga­rb, enters the valle­y. He calls himself a shepherd, a collec­tor for the ones abo­ve. ​
Singing to himself in a foreign tongue, the calm melody betr­ays the fire beneath his words. He is he­re to save and to be saved; he is the wo­rd, and the word is him.”
‘Flammen fra Nord’ tells this story th­rough two voices, a story depicting the alchemic reaction th­at arises when the one true flame tries to replace nature’s ancient fire.