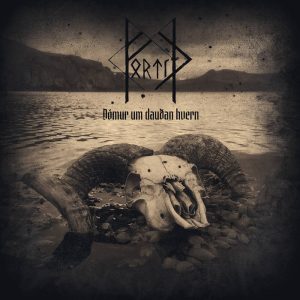 Here’s a lyric video for the second track of this EP.

The​ Icelandic pagan black metal​ trio revealed the lyric video single ‘För’ (“Journey”) as a​ tasty sample of the MCD, which is slated for release on​ November 18, 2022.