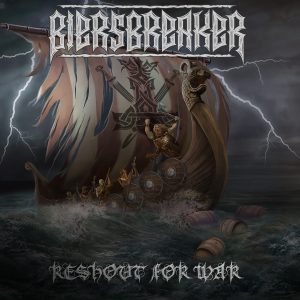 To understand this release, you have to go back to 2012 when the “leaping” Basques released their first opus “Shout for War”. The month of December was therefore chosen to offer fans four re-recorded tracks from this first effort. The sound, the cover have been groomed to suit the archetypes of 2022.

Two years after their formation, we can see that the Donostia quartet already had a solid idea of ​​the direction they wanted to follow. This EP has been enriched with folk instruments, and the revisited sound is obviously better.

Amon Amarth, Ensiferum and Finntroll can be cited as examples to give readers an idea of ​​Biersbreaker’s influences. Their patterns are crystal clear and truly reflect their desire to compose drinking and dancing songs at a banquet in Valhalla.

The number of good folk metal bands currently present in the Basque Country can be counted on the fingers of one hand. We can mention the excellent Incursed but obviously Biersbreaker is one of them, which can be considered as a future great.

Good pleasant interlude while waiting for a full lenght.