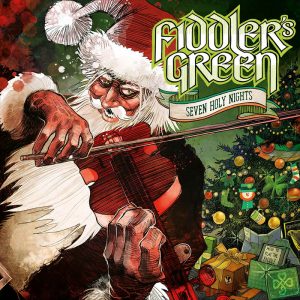 Irish Speedfolk Christmas at its best! From ‘White Christmas’, through „Danny Boy“ und ‘Stop The Cavalry’ to ‘Rudolph, The Red-Nosed Reindeer’ – they took it in and made acoustic Fiddler’s Green songs of it. As a nice topping they wrote their own christmas song and titletrack ‘Seven Holy Nights’!