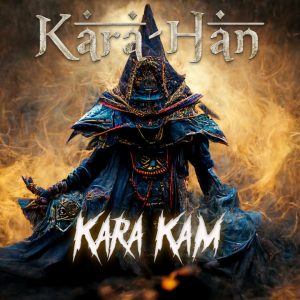 Firstly, it is important to note this album has its moments, they are few but they are present. It has dark atmospheres and romping tempos at times that make the songs sound both brooding or jovial, it is rare for albums to cover both these bases competently. However at the heart of these moments is Folk music and instruments such as keyboards. There is very little in the way of powerful guitar riffs or even drum beats that have sufficient kick. When the guitars do make an appearance as the centerpiece, they either play the same riffs over and over again, or more or less the same few note over and over for most the song, and while repetition is common in Folk music and even Folk Metal, they should not be so monotonous. This issue is something that sinks Folk Metal songs and unfortunately any Metal influences on this release are weighed down so much they barely even surface, making the guitars feel more like a showpiece for atmosphere.

Fundamentally, the Folk ballads are alright, and one or two good drinking songs can be sampled from this album, but it presents itself as Metal, and therefore it will be judged by that criteria as well. And if you like Metal this album is not for you, if you like decent Folk rock with heavier influences or are just wanting to listen to something different, then the Turkish tunes on this release will be more palatable, but just be ready to sit through some very different songs from what bands usually present in the genre.