Our interview during Heidenfest couldn’t take place the last time, this time I got a chance to talk to Jari of Wintersun. And Jari answered all my questions very thorough. And he revealed a little bit on the upcoming Time album.
With Heidenfest Wintersun was back at the stage after a long time. For them it was a shot tour (6 concrerts) but they were glad to be back and they did a fabulous performance!

A chance to exchange views with Cris of Svartsot about the new album ‘Maledictus Eris’ and other issues, is an opportunity we won’t waste. If it was only to congratulate him and his companions with the splendid new album. An album which is in the opion of the team of … END_OF_DOCUMENT_TOKEN_TO_BE_REPLACED

A Friend in Mead is a Friend indeed

Folk-metal.nl wants to know everything, but how do you interview a bunch of drunken trolls? We’ll come straight to the poitn at once, with the question which is circulating on the internet for a while now: Are you guys this good because you’re drunk or despite of the fact you’re drunk? The Troll put it another way: Is alcohol to TrollfesT what spinach’s to Popeye? This is a tricky question…. Psychotroll is of the opinion they’re probably good in being drunk in TrllfesT, but if this an advantage to the band of the opposite, can easily be contradicted. ‘With a very heavey heart I have to confess not all ideas we had when we were completely drunk were of thehigh quality we’re after at this point. But on the other hand I notice that very good ideas to add things or strengthen some aspects in existing material, grow late in the evening… let’s say at ‘less focussed moments’. However it’s not the case soberness is our kryptonite. We have done a lot of good stuff when we were sober, but the funny stuff happens a lot when our sentences have some lubrication.

Saturday 19th March it was finally time, the release-party of the new Kampfar album Mare, pub ‘de Beugel’ in Arnhem. Folk-metal.nl spoke with Kampfar’s bass-player Jon. First of all of course the we ask what the title of this album is about. My Norwegian dictionary tells me a Mare is the same as it is in English. But while I thought this is a rather strange title for a folk/black metal album I had to ask them. But it turned out, I should have googled for this. Mare is a evil creature form the ancient Norse mythology. It’s first mentioned in the Ynglinga saga, but the story is much older. She’s a creature which rides at night on the back of people to bring them scary dreams. Nice chosen title which fits perfectly to the darf feeling their album brings.

Turisas has divided their fans with the last album Stand up and Fight! Some fans like the new style, the other one longs for the days of Battle Metal. Folk-metal.nl spoke Turisas at Heidenfest. Though the interview was planned with Mattias, singer and frontman of Turisas, but with him being ill Jussi, the guitar player had to replace him. Unfortunately Jussi could, because he’s less involved with the creative process of an album, not answer most of our questions. Despite this, we still had an interesting conversation with Jussi.
For a lot of bands Heidenfest is the chance to reach a large audience. It’s cheaper for these bands than it is to be touring on their own. But I’m curious if the same goes for a well-known band like Turisas. Jussi says it’s fun to be on a tour like this, but they rather tour by themselves, or with a support. In that case fans come for you and it’s also less tiresome An tour of your own is often longer, but you don’t have to perform every day. It’s fun to do this with a lot of bands, but after the first show you don’t get to look at each others gigs.

Weiße Nächte Tour Melkweg Amsterdam 28 December 2011 By: Nick Photography: Dorien Exactly 9 o’clock Tanzwut kicks off in the hall of the Melkweg. There’s no support act, which means we only get to hear the medieval rock sound of Tanzwut for one and a half hour. The but half … END_OF_DOCUMENT_TOKEN_TO_BE_REPLACED 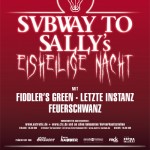 Eisheilige Nacht 2011 Ruhrconcress, Bochum (DE) 27 December 2011 By: Michel Photography: Daemmerung-online.com 27 December, it’s time for “Eisheilige Nacht” in Bochum. A spot in the German ruhrarea which has good access to the Netherlands and which can offer a good possibility for bigger concerts, with a venue like the … END_OF_DOCUMENT_TOKEN_TO_BE_REPLACED

I have to congratulate you with your album first, it has become a real success after a year. It must have opened a lot of doors for you?
It sure has, we have the opportunity now to spread our work through a label with which we can reach a large audience. It opened door to ourselves as well as for the band in a musical sense. We have grown and we’re proud of it. We’re more than ready for the future! 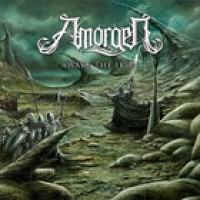 By: NickScore: 8/10 Finally, it’s there! The First EP from the Dutch folk-metalband Amorgen! After a demo from 2010, the five of Amorgen come with their first ‘real’ release. Amorgen is a band who plays a form of ‘epic folk-metal’, with a lot of death-metal influences. The first thing that … END_OF_DOCUMENT_TOKEN_TO_BE_REPLACED