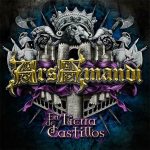 Rating: 8/10Release: 25 October 2019 Label: Rock State Records ‘En Tierra de Castillos’ is the new album of the Spanish Heavy / Folk Rock/Metallers of Ars Amandi.The history of the band goes way back to 1996, but of the line-up of those days only Dani on Vocals, bagpipes and whistles … END_OF_DOCUMENT_TOKEN_TO_BE_REPLACED 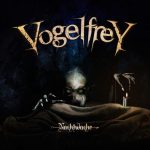 Rating: 7.8/10 Release: 25 October 2019 Label: Metalville It’s two years ago, when the Medieval rockers of Vogelfrey released their last album, so it’s time for a new one. And to be honest at once, that’s how it feels sometimes.On this album we can find 10 songs in the Medieval … END_OF_DOCUMENT_TOKEN_TO_BE_REPLACED 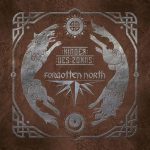 Rating: 9.5/10Release: 15 October 2019Label: Independent ‘Kinder des Zorns’ is the title of the new album of Forgotten North. It’s their 4th studioalbum in 20 years. A few years after their first album in 1999 they broke up, came together and broke up again. They joined forces again in 2014 … END_OF_DOCUMENT_TOKEN_TO_BE_REPLACED

Steignyr released their new album ‘Myths Throught The Shadows of Freedom’ a little while ago. Jon Thorgrimr, vocalist and guitarist of the band answered our questions.

Hi there, congratulation with the new album. Are you satisfied with the reviews on it?
“Honestly yes, people have to be critical, otherwise everything would be perfect and boring.”

‘Myths Throught The Shadows of Freedom’ surely sounds folky. You like to describe the sound yourselves as Celtic. Our reviewer Jeff felt he couldn’t discover the Celtic elements, and feels it’s rather folk-metal. But that’s just an opinion and Celtic is something which is open for discussion anyway. In what way do you think the music is Celtic influenced?
“What is Celtic? What is Folk ?, Folk is traditional music, and we don’t do that. We mark our line of work. They can say what critics want, but we do Steignyr.”

The flaws of the last two albums was a bit in the mixing/producing, do you make use of a producer for this?
“We self-produce and record all our material, we cannot afford to hire anyone.”

I assume you have to cut costs in the album-process, where do you spend the money on and where do you really have to cut the costs?
“If there were money we would spend it on better production.”

The previous album was released in 2016, so there was quite a gap in between the last two albums, what was the reason for this? “Personal problems of some members who, unfortunately, are no longer in Steignyr’s ranks.”

Since 2014 the line-up is very stable, how do you manage to do this?
“No Manage, only live the moment.”

There are no real flutes and violins anymore in the music. Do you feel the keyboard can take this role completely? What are the pro’s and cons of this decision?
“There is neither pro, nor against, hundreds of bands do that, Equilibrium is one of them.”

In our previous interview you said you had lots of plans. Videoclips, new songs and lots of shows around the world. Do you think you have succeeded in this?
“We’ve been around the world with ‘The Prophecy…’, and it has been very satisfying. Videoclips are a several problem, but no have time to recorder.”

Do you think the Spanish (folk-)metal scene has changed for the better?
“No”

Is there anything else you like to say to our readers?
“This world is ours, don’t forget this.”

10 + 11 August 2019, Telgte, Germany MPS, Mittelalterlich Phantasie Spectaculum or for the non German speaking people Medieval Fantasy Spectacle has settled down in the lovely village of Telgte in Germany. This event has become huge over the years, but many places are taken of the schedule due to … END_OF_DOCUMENT_TOKEN_TO_BE_REPLACED

When you like to spend you’re day with lots of fun, you have the chance every year again to visit the Zwarte Cross in the Netherlands.
Three days of fun and entertainment and when you’ve managed to have a spot on the festival-camping you can even add the Thursday to that.
This year The Rumjack are the band for us, but please don’t wait until you know next years line-up. The festival is very late with band-announcements and to be honest the line-up isn’t important at all. We have to point out, the Zwarte Cross isn’t a festival as we know it, but it’s an event with lots of things.

After they have delivered a fabulous album last year The Rumjacks will be touring through Europe a lot this year. Time to drown ourselves in the Celtic Punkscene with Johnny of The Rumjacks.

Hi, guys how are you doing?
“Doing really well! Just starting off the European summer at the moment. Began the year with some UK shows and doing some acoustic songs…bit of down time, now gearing up for a busy 2019 from now on.” 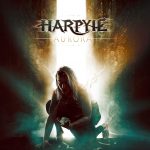 By: MichelRating: 8.5/10Release: 28 June 2019Label: Metalville and Roughtrade. Harpyie will release a new album this month. It’s their sixth album to me, because I’m of the opinions you can see their previous release, the re-make of their debut-album ‘Blindflug’ as a stand-alone album.And it’s the sixth one I get … END_OF_DOCUMENT_TOKEN_TO_BE_REPLACED

After the EP ‘Liberté’ in 2013, and the albums ‘Nacht und Stürme werden Licht’ in 2014 and ‘Stolzes Wesen Mensch’ in 2015 we had to do without new releases of Munarheim for a while. But now they’re back with a beautiful new album ‘Willens & Frei’, delivered in German and international edition. The style of the band is a very exclusive one with distinctive vocals, harsh, sad, full of pain. There is a nice contrast of these vocals with the light flutes and whistles and there are these awesome choirs and orchestrations. Time to chat with singer Sebastian about all these things.

Interview with Eli of Aegonia

We recently received the new album of Aegonia. A mystical mix of Doom, Gothic, Melodic Metal and Folkore. The band is hailing from the beautiful country Bulgaria. A county I like to visit for the nature, folklore and food, but where the tourism is starting to spoil things along the black sea coast. The band likes to visit the the beautiful area of the Rhodopes and is inspired by nature and folklore. About time to have a chat wil Eli, the violin-player of Aegonia.