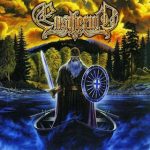 {WilBy: Will Rating: 9.0/10 Release: 9 July 2001 Label: Spinefarm Records Recorded on November 2000 and released on 9th. July 2001, this exquisite gem is considered one of the 21st. Century’s best releases by a newcoming metal band!It is also considered one of the first classics of the Folk Metal … END_OF_DOCUMENT_TOKEN_TO_BE_REPLACED 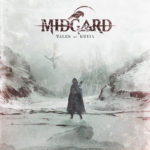 By: Zach Rating: 9/0 Release: 18 August 2020 Label: Sliptrick Records Tales of Kreia is the third full release by the Ukrainian 4 piece band Midgard. Hailing from Kaniv, Cherkasy Oblast, this troupe of troubadours are a folk/viking metal band that sing about wide range of topics including Vikings, fantasy, … END_OF_DOCUMENT_TOKEN_TO_BE_REPLACED

By: ZachRating: 7/10 Release: 7 July 2020 Label: Cronus Productions This is the Freshman release of Kosmogonia, entitled Enthrone the Gods. A little about Kosmogonia, they are a band from Greece and as I said this is their first release on the market.As you would expect from a new band’s … END_OF_DOCUMENT_TOKEN_TO_BE_REPLACED

7 March 2020, Quebec It’s the begining of March in Québec where the wather is warming up and snow is melting. First on my list is a new theme production : Le FestEvil. For it’s first editions the theme is Quebec City Women Metal Fest as part of the Ride of … END_OF_DOCUMENT_TOKEN_TO_BE_REPLACED 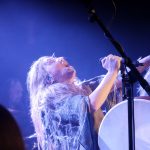 29 August 2019, Anti-Bar; Quebec Canada It’s the end of summer in Québec Citythe temperature has finally fell a bit and it’s time for Arkona’s show on Thursday 29th of August in the famous Anti-Bar (https://lanti.ca/). I leave work early to prepare for the show. The place is really nice … END_OF_DOCUMENT_TOKEN_TO_BE_REPLACED

Don’t worry, there’s still an interview for you here today.
This time it’s one Jan Vervaeke did with Vanaheim. He did everything himself, from talking to the band and filming to editing the video. 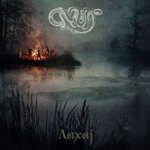 Rating: 9/10 Release: 19 June 2019 Label: Independent / Bandcamp This EP by Omut took me by surprise, because of its infallible quality and because the band has been moving under my radar for ages. After listening to the first couple of songs, it became apparent to me that I … END_OF_DOCUMENT_TOKEN_TO_BE_REPLACED

Brymir of Finland have been in the business for quite a while. Having released only two albums to date, theirs is a small yet solid discography. And as you probably know already, they are currently working on their third record. Although not many details have been released yet regarding the new album, just the preview track “Chasing the Skyline” gives one a cause for celebration and excitement! Since the signs of a strong comeback are there, we felt like it’d be good to have a chat. Please enjoy.

It’s always exciting to hear that one of your favourite bands coming back with a new album after a long time. I’m talking about Midnattsol right now, a band I really liked in the days of yore. The rest is the usual story; kid grows up, moves onto more extreme stuff and mostly forgets about the band that helped shape his early taste of (folk) metal. Then the silence has been broken. Midnattsol was back after 7 years and we were getting a new album. Was it gonna be any good? How much did the things change? These questions will not be answered here as this ain’t a review but whatever preview (prehear?) we’ve got so far suggests this one’s going to be a good one. So we took this occasion and did this interview with the frontwoman Carmen. Hopefully, you’ll enjoy it as much as I did. New album “The Aftermath” has just come out on Napalm Records. 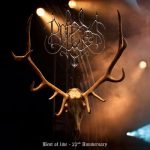 By: Mert Rating: 9/10 Release: 30 March 2018 Label: Northern Silence Productions We all have those initiation bands that first introduce us to a genre of music of which we have no idea. Belenos, along with Menhir and Falkenbach, was the band that got me interested in the whole pagan … END_OF_DOCUMENT_TOKEN_TO_BE_REPLACED