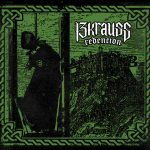 Rating: 8.7/10 Release: 15 March 2019 Label: Independent / Bandcamp 13Krauss is a Celtic Folk punk band hailing from Zaragoza Spain. I have a soft spot in my heart for the pairing of Celtic and Spanish rhythms and melodies. Something about it makes my blood hot and gets my foot … END_OF_DOCUMENT_TOKEN_TO_BE_REPLACED 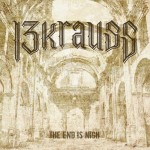 Rating: 8.8/10 Release: 19 March 2016 Label: Independent The Spanish 13Kraus released their second album “The End is Nigh”. The debut “Seguir en Pie” was released in 2013, one year after the formation. Some songs are in Spanish, and others in English and are stuffed by accordions, fast guitars, pipes … END_OF_DOCUMENT_TOKEN_TO_BE_REPLACED 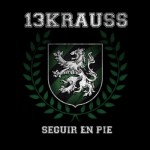 Rating: 7.5/10 Release: 5 December 2013 Label: Independent The crossover between punk and folk seems to be quite popular in Spain. A nice thing is, the Spanish bands aren’t all clones of Flogging Molly. Band like The Fatty Farmers and Brutus’ Daughters showed us the creativity of the Spanish folk. … END_OF_DOCUMENT_TOKEN_TO_BE_REPLACED